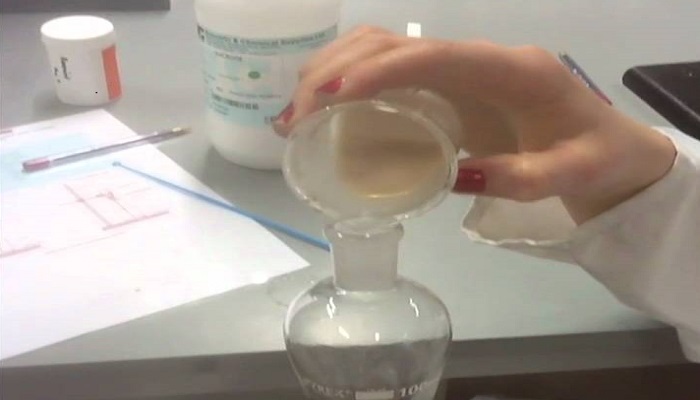 Cell immobilization is the process of encapsulation of cells in culture in some polymeric material to keep cells viable and useful for a longer duration for biochemical processes.  The matrix material traps or encapsulate the cells  so they cannot enter the mobile phase in bioreactor. The product remains isolated from the cells that produce enzymes for biochemical processes. This makes product purification easier and less complex.

This technique is replacement of enzyme immobilization. For intracellular enzymes and for those which a too expensive to use in directly in biochemical processes, cell immobilization is a better alternative. For the reactions that require a series of enzyme for completion, this technique is more suitable.  The technique is relatively preferable when the biochemical process involves two stages. The first one is biomass production and the second stage involves production of secondary metabolites or the desired products.

Encapsulation of cells enable extended use of biomass. The cell density can be enhanced 2-4 times compared to the normal cell culture. Using small bioreactors for cell immobilization not only can reduce the cost of process but also creates less complexity of downstream process. The cells are usually in non-dividing phase so less genetic mutations occur and viability and stability is assured for longer period. this enables high production rate with less expenses.

Material used for cell immobilization are polymeric in nature that allow cell entrapment and stable attachment to matrix material. These materials are:

Depending upon the type of biochemical process and the immobilization technique, bioreactors have a wide range. Cells entrapment in polymeric matrix is most common method for plant cells. alginate is the most common material used because of its polymeric stability at room temperature. For pilot or industrial scale, different bioreactors are used for different type of cells.

Therefore, cell immobilization technique for biochemical processes still needs improvement. The engineers focus to improve the designs of bioreactors to reduce cost and to maximize the rate of production. One of the problem plant cells immobilization is that the product may entrap in cell vacuole which affects the total quantity of the product manufactured.

Cell immobilization of bacterial cells is also useful for industial biochemical processes. The examples are:

This is the most safest and easy to conduct method of cell immobilization which involves usage of polymeric networks such as synthetic or natural polymers to entrap cells and immobilize them. This methodology additionally requires introduction of cross linking agents to strengthen the cell trap.  Once cells are loaded into the gel or the polymeric solution, the combination is then extruded through the needle to allow it to harden and form beads. Gel entrapped cells are useful at industrial scale for the production of hydroquinone, L-malic acid, amino acids such as isoleucine and L-aspartic acid.

For instance, mixing of Alcaligenesspecie’s  cell suspension with 4% sodium alginate solution in 1:2 ratio followed by the extrusion of this mixture into CaCl2 solution by means of a bead forimg device gives alginate beads containing immobilized cells for industrial use.

It is an immobilization technique whereby cells adhere to the surface of an inert support. The affinity of different cell types to the support matrix primarily depends on the age of cells and their chemical nature. The attachment of bacterial cells to the surface of a support matrix is happens due to attraction between cells and matrix. Moreover,cell adsorption occurs in reaction media. Variuos forces of attraction such as electrostatic, van der Waals, hydrophobic and hydration forces maintain and stabilize the attachment or adhesion between the cells and matrix.  The materials used as support matrix may be organic (DEAE-cellulose, DEAE-sephadex, starch) or inorganic (silica gel, glass, alumina) in nature.

This method of cell immobilization is not only very cost effective but it also allows elimination of cell wash out with ease, catalysts to be reused and protects the immobilized cells from toxic environment. However, limited biomass of chosen microbial strain can be loaded onto the matrix and there is a risk of cell leakage.

For instance, adsorbent material comprising of wooden chips is prepared on industrial scale for adsorption of fungal cells, by its incubation in medium for 3 days at a temperature of 30ͦ and drying in vacuum desiccator after its separation from medium.

3. Cell containment behind a barrier

This techniques employees encapsulation of cells within a microsphere, attachment of cells on a performed membrane or cell immobilization at the interface of two immiscible liquids. It is very effective for keeping the desired products separated from effluents.

The hollow fiber membrane reactor is one such reactor that uses this strategy of cell immobilization. Where the reactor setup comprises of three compartments; the feed inlet, permeate outlet (collected at regular intervals) and the immobilized cells. The reactor itself is manufactured by inserting polysulfone into polyether sulfone, the dual layered fiber generated is then covered with a rubber tube giving the entire reactor set up a shell like shape.

This technique is a variation of entrapment method whereby a semi permeable membrane encloses the cell suspension. Thus, the continuous membrane protects as well as supports the cells for immobilization. Thus the core material of a capsule is the lquid form of active substance whereas the outer covering is actually a polymeric membrane. The membrane used to form spherical particles may be lipoidal, polymeric, non-ionic or lipoprotein based in nature.

Cell suspension to be immobilized is mixed with a solution of agar and agarose. The solution is then dispersed into oil phase through constant stirring using a magnetic stirrer. Once droplets of suspension form in oil phase, the mixture is cooled to be solidified and generate encapsulated beads. Centrifugation allows the collection of these beads.

In this subtype of microencapsulation, microbes form the organic phase and oil soluble monomer is introduced and scattered in the surfactant to give droplets. Furthermore, adding water droplets initiates the reaction. The reaction between these two monomers leads to formation of a polymeric shell at the interface of each droplet.

It involves development of a continuous membrane, polymeric in nature around the liquid core also called the coacervate. This technique has further two types:

The core material is added to the polymeric solution in this method to give microcapsules through coacervation. To preserve the droplets form, a stabilizing agent is added to the mixture. Then the addition of a coacervating agent to dissolvate the polymer is carried out. Followed by lowering of temperature from 5-20ͦ. Furthermore, a cross-linking agent provide much stability and hardness as well.