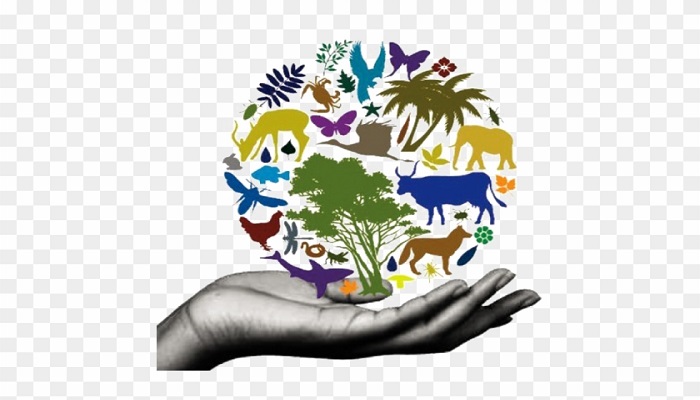 The term biodiversity refers to diversified species of living organism in ecosystem. The natural species and wild animals are losing their natural habitat due to devastating human activities. Wild life species are that are close to extinction needs to be conserved in order to maintain balance of ecosystem.

Role of biotechnology in conservation of biodiversity

Reproductive molecular characterization, planned breeding of animals and germplasm conservation are some of the strategies to preserve domestic animals but not much applicable to wild animals. For this purpose one of the methods is mammalian biotechnological conservation.

Cloning method has still ethical concerns so not applicable till now. However, successful cloning of ovis orientalis musimon has been done by using oocyte of ovis aries.

Artificial insemination, a technique of biotechnology, has been successful for reconstruction of extinct species such as bucardo. The egg cell of the deceased animal can be stored and later insemination of ovary is done by a closely related donor species to produce offspring of that organism. Similarly, semen cryopreservation has proven to be successful technique to preserve biodiversity.  Semen cryopreservation of various birds’ species is useful technique to conserve avian species.

This method accompanied with cryopreservation of spermatozoa proved successful in African ungulates and rhino but it was not successful for cheetah and Arabian oryx. Artificial insemination along with embryo transfer technique assures long term genetic variability.

DNA fingerprinting of bird’s genome is helpful to understand the breeding in birds and the possible chances to conserve their genome. Also, it can be helpful to trace the pedigree and evolutionary history of these species. Mini Satellite DNA Fingerprinting is a technique of biotechnology to study the gene pool diversity in bird’s population such as in blue duck species. Genetic variables determination and the study of gene pool diversity in black robin have been successful. The same methodology to conserve and study gene pool diversity has been applied in fish and some aquatic species.

Biotechnology has proven to be significant for the conservation of exotic and endangered species but there are certain limitations in particle application of these techniques.  Although artificial insemination has been successful technique but it is less informative about the reproductive functions of wild animals. Commercially available hormones are ineffective to induce ovulation and follicular development. Ovulation when induced by artificial insemination results high rate of conception. The age and other environmental factors effect the viability of gametes.

In wild animals, social hierarchy is a problem in successful conservation of their genetic material or cryopreservation of sperms. For example, in deer species, only dominating males produce active sperms.

There can be other impacts of conservation on endangered species such as behavioral changes, health issue and problems in their normal reproduction.

On the whole, less researches and studies on wild animal biotechnology, limited sources of viable gametes for cryopreservation and ethical issues hinder the practical application of these techniques for conservation of biodiversity.