Side effects of energy drinks 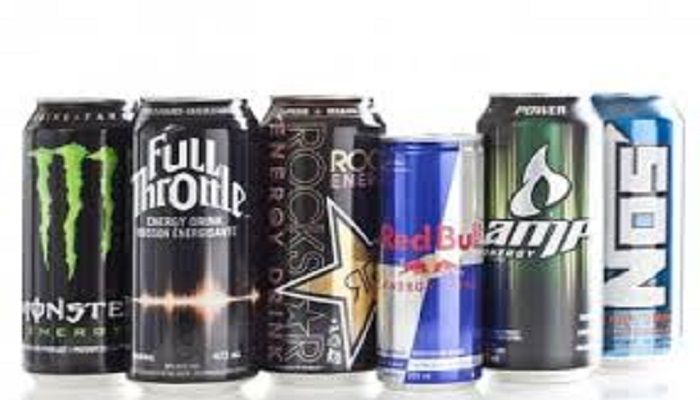 Energy drinks are those consisting of sugar and stimulant substances such as caffeine. Therefore, these drinks are used for energy boost up in routine life. However, these can be harmful if not used in a balanced proportion. The ingredients of energy drinks may have potential side effects as well.

Stimulants in energy drinks such as caffeine hijacks and mimic the natural brain function and hormonal release. The stimulant molecules attach to the adenosine receptors in brain, pushing them off. This results in feeling of mental alertness. Some researcher hypothesizes that combining a stimulant such as caffeine with electricity will allow to escape and remodel the natural sleep pattern in humans.

Taking an energy drink make you feel active. The stimulants in them activates the brain cells that send message to pituitary gland. This results in substantial amounts of stress hormones including cortisol and adrenaline. Consequently, the body responds the same way as in some imminent danger and one feels more active.

Potential Energy Drink Problems from the Specific Ingredients present in these energy drinks. Let’s have a look at some of the ingredients with potential side effects when consumed at high levels.

Caffeine is one of the most widely used stimulant and is present in almost every energy drink such as coffee. It is actually a  stimulant which means it energizes and activates the brain cells and eventually the person feels active. The safe level of caffeine tolerance is 400 mg per day. Some people may be allergic to even mild caffeine while some may develop symptoms after the recommended limits. Consuming caffeine in large amounts cause:

Some people feel dizzy after caffeine consumption. This is because of constant activation of adrenal system and brain nerves that they eventually stop responding to stimulants such as caffeine.

Usually energy drinks are high in sugar intake.  The sugar content is usually in the form of fructose from corn syrup. Drinks high in sugar may cause:

Vitamin B3 or niacin, when used in concentrations more than 35 mg, causes skin irritations. Consumption of more than 3000 mg, lead to liver toxicity due to niacin accumulation. Similarly, more than 100 mg of vitamin B6 cause nervous sensibility and other related symptoms.

This ingredient show mild to severe side effects depending on the amount consumed. Ingesting large amounts is linked to tiredness, headaches, upset stomach and dizziness.

Various energy drinks contain L-Cartinine and L –Theanine amino acids. These are derived form green tea. The potential harmful aspects of these amino acids are due to their high dosage. The symptoms are nausea, headache, as well as disturbed sleep pattern. These are also stimulants just like caffeine but produce distinct type of alertness. Some have reported feeling light-headed with a high consumption of 300 mg per liter of L-theanine.