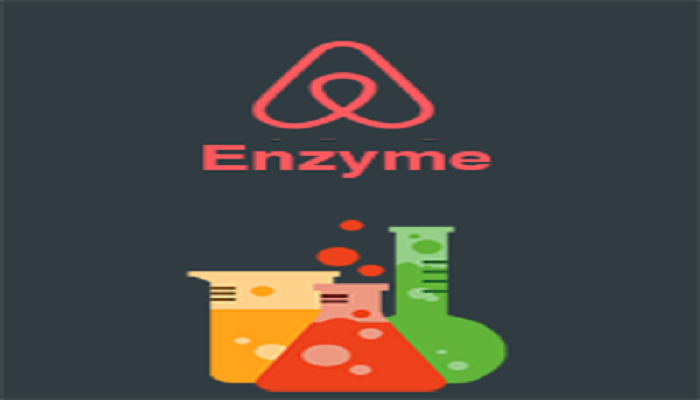 Enzyme specificity describes the tendency of an enzyme to catalyze a specify biochemical reaction by binding to specific substrate. Enzymes are specific for the type of reaction that they catalyze.

Enzymes are the biological catalysts that speed up the chemical reactions in cells of living organisms. Enzymes are proteins having a 3D structure that needs to be maintained for an enzyme to remain functional. They lower thee activation energy of biochemical reaction in cells and thus speed up the rate of reaction. Activation energy of enzyme is the amount of energy required to initiate a reaction. With the help of enzymes, the substrates are converted into products that are utilized by the cell. For example, the digestive enzyme protease breaks down the large protein molecules into smaller digestible peptides.

Enzymes are proteins and each enzyme has a specific structure consisting of active site and a catalytic site. Active site is the point of attachment of substrate with the enzyme that has a specific amino acid sequence. The catalytic site of enzyme controls its enzymatic activity. In addition to these sites, some enzymes may require a co-factor (inorganic components or some metal ions) or a co-enzyme that are organic part of enzyme

The sub stare attaches itself with the enzyme at its active site by means of hydrophobic/hydrophilic or some other type of intramolecular interactions. The attachment of enzyme with the substrate forms an enzyme –substrate complex that acts as transition state and is unstable. This enzyme –substrate complex breaks into products and the enzyme is again free to catalyze another reaction. The binding of substrate occurs on the basis of its shape, charge and the type of interactions formed between the substrate and enzyme.

This describes the tendency of an enzyme to catalyze a specify biochemical reaction by binding to specific substrate. Enzymes are specific for the type of reaction that they catalyze.

For the proper functioning of enzyme, its specificity is one of the important factors. Some enzymes may catalyze more than one type of reaction their catalysis activity will be affected. So the type of enzyme is specific for specific reaction catalysis.

For example, the β-1,4-glycosidic linkage of lactose can only be hydrolyzed by lactase enzyme and this reaction yields glucose and galactose.

The α-1,4-glycosidic bond present between two glucose residues in maltose can only be hydrolyze by maltase enzyme.

For example, the ability of α-amylase enzyme to hydrolyze 1-4-glycosideic linkage in glycogen and starch. In this case, the enzyme only considers the glycosidic bond not the substrate. Same is the case for lipase enzyme that breaks ester bond both in fatty acids and glycerol. The L and D forms of amino acids are structurally related to each other so they also have the ability to act as substrate for same enzyme.

Pepsin is one of the digestive enzymes. The chief cell of stomach produce and release it and its function is to hydrolyze the peptide bond. And for this the amino group is an aromatic amino acid such as tryptophan, tyrosin, phenylalanine etc.

One other example is chemotrypsin enzyme that is a constituent of pancreatic juice and it also hydrolyzes the peptide bond in which an aromatic amino acid contributes its carboxylic group as the surrounding group of peptide bond.

Carboxypeptidase and aminopeptidase hydrolyze the peptide bonds of substrate protein at its C-terminal and N-terminal residue.

Trypsin, a protease enzyme can hydrolyze the peptide bond only for which the surrounding groups are basic amino acids such as lysine and histidine etc.

Also termed as the stereo-specificity of enzymes. the enzyme show specificity not only for the substrate but also towards its optical configuration. This type of specificity is considered as the highest level of enzyme specificity.

The L-amino acid and the D-amino acids have different optical configuration so the enzyme such as oxidase are specific either for L-form or for D-form of amino acids.

“Cellulose and starch has differ type of linkages. This is the reason that amylase enzyme of human body cannot digest cellulose due to its β-1,4 linkage.”

The amylase enzyme of human body cannot digest the cellulose because cellulose has β-1,4 glycosidic linkage and the enzyme can only break α-1,4 linkage of glycogen and starch.

In this type of specificity, a single enzyme can perform catalytic activity on different types of substrates when they share same molecular geometry. This is low level of enzyme specificity. The examples are alcohol dehydrogenases that have the ability to oxidize ethanol as well as methanol to yield aldehyde products. This is because both the alcohols share same molecular geometry.

On the basis of all these types of specificity patterns of enzyme, the functions of enzymes are also specific for a particular biochemical reaction.

Specificity of enzyme varies with particular enzymes and with reference to reaction and its substrate.  With specific enzyme and substrate combination, the rate of reaction is ideal to proceed to maintain the cellular biochemistry.