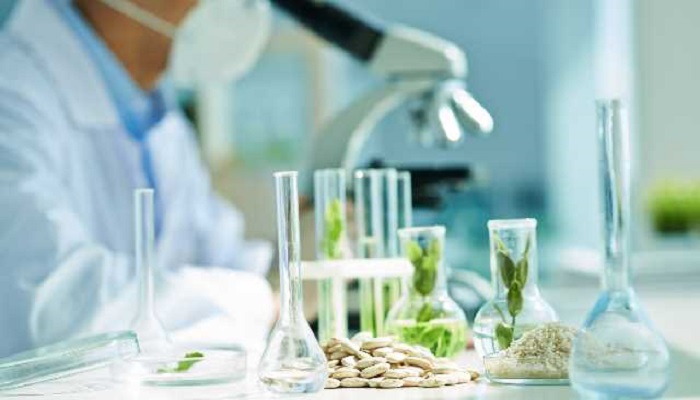 Epigenetics is a phenomena that involves changes in activity of genes and their expression. Their basis is alterations in chromosomal structures and not the changes in DNA sequence of the chromosomes. Thus, epigenetics refers to any phenotypic variations that are heritable. Above all, these are not due to alterations of genome sequence such as mutations etc. A number of factors both external such as environmental stresses or internal such as cell’s own innate developmental program, infleuence and regulate these modifications. It occurs in all  Eukaryotas.

By conducting a research on the epigenetics of a cell we can elucidate how newly developed cells of an organism, bearing identical genome or DNA sequence undergo differentiation to give different cell types and maintain a specific physiology and morphology. For example, it explains why and how leaf epidermis cells and root cells, differ so much despite of possessing same DNA sequence in their genome. Hence, epigenetics acts a bridge between the phenotype and genotype of a cell.

Like other eukaryotes plants also depend on the activity of epigenetic regulatory mechanisms for their functioning. Due to immense importance of plants in agriculture, scientists are keen on studying and exploring the benefits of epigenetics and means by which it can be manipulated. This knowledge may allow breeders to not only identify the nature of plants they are breading but also to come up with strategies which would inculcate desirable traits in their plants such as; show resistance towards environmental stresses or to adapt to certain conditions.

Following are a set of mechanisms and factors that regulate the phenomena of epigenetics, which influence the functionality of the genome and not the DNA sequence. Once these regulatory changes occur, these also  inherit from one generation to the next.

DNA methylation is a covalent modification detected in DNA. Methylation involves the incorporation of methyl (CH3-) groups at 5C’ position of cytosine dNTP ring that gives 5 methyl-cytosine. Two enzymes bring about this addition of methyl groups, which are; Methyltransferasesand demethylases. Depending on the nature of plant, three types of methylations occur in plants; CG, CHH and CHG. Where CG methylation is the most frequent and CHG methylation, the least.

Plants require methylation of their transposon sequences which otherwise give lethal phenotypes, when not confined by methylation. Their exons also exhibit greater level of methylation whereas, promoter regions of genes show less methylation so they are easily acted upon by transcription factors. This mechanism also ensures the existence of methylated CpG gene sequence, which is responsible for maintenance of chromosomal stability by regulating condensation of chromatin material and also maintains pattern of gene silencing. Together this mechanism and that of histone modification determine which portion of chromatin is to be condensed and made inaccessible as heterochromatin section of chromosome.

Histone proteins play a very important role in DNA packaging. DNA segment wounds around these octamer proteins to give nucleosomes, to get condensed chromosomal configuration. Histones are also crucial for binding with DNA as they stabilize the negative charge of DNA molecule. Posttranslational modifications such as phosphorylation, acetylation, biotnylation, ubiquitinationand methylation of specific amino acids at histone tails, influence the His-DNA interactions and determine the extent of condensation in that region. So, chromatin state varies along with a specific modification and undergoes transcriptional activity accordingly through the assistance of certain specific internal or external signaling factors. For example transcription factors are expressed upon methylation of histone H3K4 whereas suppressed by the methylation of histone H3K9.

Reseach conducted on Arabidopsis plant, demonstrates how these siRNAs act a mobile markers that induce epigenetic variations. By doing so, they not only effect the normal plant development system but also help those plants adapt to in vitro conditions and altering environments.

Several transcriptional factors, repressor proteins , mRNAs and microRNAs have also been found to carry out and aid in exhibition of these mechanisms of epigenetics and cause the plant to show phenotypic variation. Together they all allow existence of greater polymorphism that usually give new phenotypes.

Role of epigenetics in plants

Plants rely on epigenetics for their functioning. This was first noted by Gassner, who discovered that provision of a cold phase to plant was necessary for its development. Following this, several others noticed that photo-periodism is also very crucial to plant growth. They also put forth how flowering certain epigenetic changes induce flowering during process of vernalization. Epigenetic observations made through these processes provided other researchers with a complete operational view of plants.

Progress of biotechnology has allowed scientists to elucidate underlying epigenetic mechanisms that regulate flowering, germination, fruit ripening, fruiting vernalization and photoperiodismetc and also study the configurational changes that genome goes through during differentiation of cells.

By conducting epigenetic research on every aspect of plant growth such as, identification of complex traits  of novel crops through DNA methylation, processes regulating plant flower timing , plant resistance towards certain microbes, its virus resistance activity through gene silencing etc. an understanding of all this, relevant to a particular plant type can help us optimize genomic activity of this crop when planted in a field or cultured in vitro.

Determining the heritable epigenetic marks of a plant, has also aided the researchers in analysis of mechanism of natural selection and other adaptive responses of plants towards their environment.

External factors such as the stresses of environment and its conditions bring about physiological changes in plants and allow them to respond to these conditions. It is a well-known fact that organisms show modifications in their chromatin material in response to external stimuli.  Recent studies have proved that plant genome also undergoes such changes. For instance,  DNA methylation occurs  in response to various environmental stress. This stress stimuli must perpetuate by cell divisions to inculcate stable epigenetic alterations.

The studies identify that abiotic stresses of draught, UV radiation, excessive heat and high salinity bring about alterations. These include silencing of reporter transgenes and endogenous loci in certain plants types. However these alterations are only transient in their expression. The  return of optimal conditions restores the previously suppressed silencing process. Other examples are as follows:

Research on epigenetic modifications has proved to be of high importance for the scientists who want to bring soma clonal variations through in vitro plant culturing.  Researchers have observed soma-clonal variations through somatic embryo-genic plant tissue culture technique, as the cells strive to adapt to their in vitro conditions. These variations occur due to the rearrangement of genome and not due to any changes in the DNA sequence. It also provide phenotype variants or chromosomal mutations in plants with beneficial traits. These genotypic alterations often result in aneuploidy and polyploidy, which plant biotechnologists utilize to get good quality yield of plants like cotton and onion. Moreover, such variants are useful for inbreeding, vegetative and seed propagation. Gene methylation is typically ocurrs in such variants.

Epigenetic also benefit In vivo propagated plants. Implementation of the epigenetic modifications, can not only generate and control transgenic plants with desirable traits but also length of natural processes occurring in plants such as flowering, fruiting, germination, dormancy etc. Methylation of chromosome is one such effective way of bringing about temporary inactivation or activation of certain genes, without induction of any genetic mutation.

Over time scientists have been successful in generating transgenic crops through these alterations that can withstand stress conditions. These yield sustainable crops on large scale and  contribute to conservation of environment by decreasing greenhouse effects.

Following novel phenotypes have been generated through epigenetics. These have no doubt revolutionized the field of agriculture;

Mapping these modifications on chromosomal level and identification of their pattern has enabled biotechnologists to use epigenetic modifications as epigenetic biomarkers. These biomarkers can prove to be of great use for identifying plant and its cell’s developmental stage and the anomalies they face at times.

Disadvantages of epigenetics  mechanisms during in vitro callus tissue culturing are as follows:

Epigenetic variations result in phenotypic as well as genotypic alterations. Despite being heritable when passed on over several generations still conflict with mendalian model of epigenetics. However it is obvious that more than heritable traits, epigenetics control the development of a plant.

Through further understanding of epigenetics, scientists soon may be able to implement these mechanisms for broad spectrum purposes. For instance,

It can prove to be an effective way of eliminating hunger and production of food crops with additional nutritive values in countries facing extreme environmental stresses such as Ethopia, Ghana etc. Thus, it promises to bring cost effective crops, in shorter time to counter the global food demand with qualities that can ensure a sustainable environment.

Epigenetics may also be used in the near future to manipulate genomes of weeds in such a way as to either hinder their growth among desirable plantlets or to add traits in them to make them beneficial to mankind.