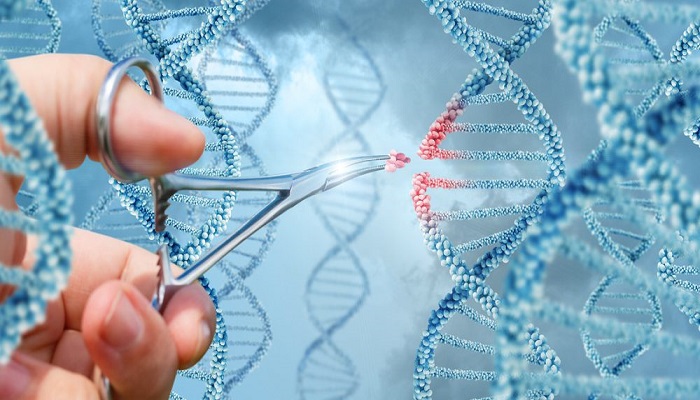 Gene therapy is technique of recombinant DNA technology which involves the replacement of faulty or mutated gene with normal one, mainly for the treatment purpose. DNA, as we know is the genetic and hereditary material of cell that determines and control the cellular functioning. Any mutation or sudden change in gene structure leads to loss of its function that it may be unable to form its protein product. Therefore, the mutated gene results in diseased condition of person. For instance, muscular dystrophy, cystic fibrosis and hemophilia etc.

Gene therapy technique was developed in 1972. There have been a lot of advancements. However, this technique has limited success till now, due to complexity of human genome any many other issues.

On July 10th 1980, Martin Cline and colleagues performed gene therapy for the first time. However, the experiment went unsuccessful as the foreign gene did not express itself in recipient. Cline claimed that the gene expressed itself about six months later. However, no data was reported further. Similarly, the researchers performed extensive research on lab animals throughout the years. Later on 14th September 1990, the first successful gene therapy was performed by the researchers for treatment of genetic disorder ADA-SCID. The coming years were of extensive research and trails to make this technique a successful therapeutic tool for treatment of various disorders such as cystic fibrosis, X-linked SCID, chronic lymphoma, Parkinson’s disease and various others.

The significance and need

Mutation in genes results in loss of protein product. The enzymes are vital in various metabolic pathways. Therefore, lack of such enzyme, results in disease condition. The medicines cannot cure the disease which occurs due to gene mutation. Therefore, gene therapy is for treatment of those genetic disorders which they traditional and common medicinal therapies cannot remediate.

Gene therapy is of two types depending on the host cells for gene insertion. These are:

In somatic cell gene therapy (SCGT) , the genetic engineers introduce the gene in somatic cells of body which have no role in reproduction that they do not produce gametes. Thus, the effects of gene transfer do not pass on to next progeny. The foreign gene does not integrate the genome of organism and may reside somewhere else such as in episome. Over 600 trials are underway for treatment of genetic disorders. However, these are not successful and completed yet.

In this type,  the engineers introduce gene in gamete producing cells. Thus, the effects of gene therapy pass on to next generations via gametes. This type of gene therapy is more difficult to achieve due to complexity of human genome. Moreover, the problems arise with integration and expression of foreign gene in cellular genome. As it has the potential to pass on to next progeny, this gives rise to various moral and ethical concerns as well.

The techniques of gene therapy

The genetic engineers use certain techniques and methods to perform gene therapy. These techniques are:

This technique of gene therapy involves insertion of normal gene or its fragment into cellular genome of person. This is applicable for treatment of genetic disorders which occur due to mutation in gene. This mutation results in loss of gene product. This protein mostly participates  in cellular functioning when present. Therefore, absence of gene product results in disease symptoms.

Some of the genetic disorders occur due to over expression of a gene. For instance, in cancer, the genes that control normal cell division may have mutation. This mutation becomes the reason for cancerous cell’s development. Moreover, the oncogenes are the cause of cancer development. Therefore, these improper and inappropriate gene activities can be treated with gene inhibition therapy.

This therapy aims to eliminate the gene mutation that produce and promote cancerous cell’s growth in patient’s body.

This technique aims to insert and incorporate a gene in targeted cells that are diseases. For instance, the cancerous cells and tumors. The expression of foreign gene in these targeted cells will lead to cell death of these abnormal and diseased cells.

There are two possible options. One that involves a kind of ‘suicide’ gene that kills the target cell when enter them. On the other hand, the insertion of foreign gene may tag the cancerous cells. The immune system cells then identify this tagged cell and eventually kill them.

The basic step of gene therapy

These are basic steps of  gene therapy process:

Researchers put a lot of efforts to identify the gene responsible for genetic disorder. Then, the genetic engineers design a replacement gene which is normal and functional or isolate it from sources. There are cDNA libraries for the purpose and even the gene can be isolated from a living source such as human. For instance, insulin gene isolation from human cells.

Once the genetic engineers identify the target gene, the next step is to find a suitable vector for gene transfer.

The vector is a carrier molecule that serves the purpose of gene transfer to the host cell. These are of two types;

Viral vectors: These involve the manipulation of naturally occurring viruses and their infection causing abilities. The genetic engineers remove the genes from viral genome and insert their gene of interest at this place. Later on when the virus infects the host, it transfer its whole genetic material into host cell for replication. During this, the gene of interest to replace the mutated gene also transfers to host cell. These vectors have certain limitations.

After the researchers select the most suitable vectors, they use this vector for gene transfer in to the host cells.

Later stages of process involve either selection of transformed cell and returning them back to host body (in vitro gene therapy). On the other hand, the gene expression is observed in host body, (in vivo gene therapy). Gene therapy for treatment of genetic disorders is still under way. However, the researchers have achieved successful results in some trial that provide promising results. Moreover, there is hope that these therapeutic applications of genetic disorders will be the future of disease treatment.

Here are some examples:

In this genetic disorder, the patent lacks an enzyme for immunes system functioning. Consequently, the weakened immune system becomes unable to fight the infections properly and results can be fatal. The genetic engineers performed very first gene therapy trial in year 1990, and it showed promising results.

This is an immune system problem due to mutated gene. The disease is X-linked, which means it only affects boys. The patient’s lifespan is shorter in this disease due to weak immune system. Conventionally, bone marrow transplant was the only treatment option.

In year 2000, the stem cells from bone marrow of a patient were used for gene therapy. After the replacement of mutated gene, the cells were returned to patient body. Out of ten patients, seven recovered the immune system deficiency. On the other hand, two patients developed leukemic blood caner in year 2002, and 2003 respectively. The viral vectors used for the purpose of gene transfer, activated the oncogenes in these two patients. Consequently, these cases halted he trails for gene therapy.

This is a rare genetically inherited eye disorder. It usually appears at first month of age and gets deteriorated and eventually causes loss of vision. With no proper medication available till now, the researchers started gene therapy trail in February 2007. The cells beneath the retina of eye were transferred with normal gene, using fine needle and modified virus particle. The results were promising as none of the patient developed any side effects of therapy.

There are certain risks of gene therapy treatment of diseases such as:

Like many other scientific advancements, gene therapy also have various ethical, moral and religious concerns. The concern is that the researchers or genetic engineers may try, manipulate and possible alter the traits such as intelligence, appearance.  The possible side effects of gene therapy and what will be the long-term effects are also public concerns. Moreover, in some opinions, people think that its cost make it specific for rich. Therefore, the scientific community must create awareness in public to resolve the ethical and moral concerns of gene therapy and to make it socially acceptable.