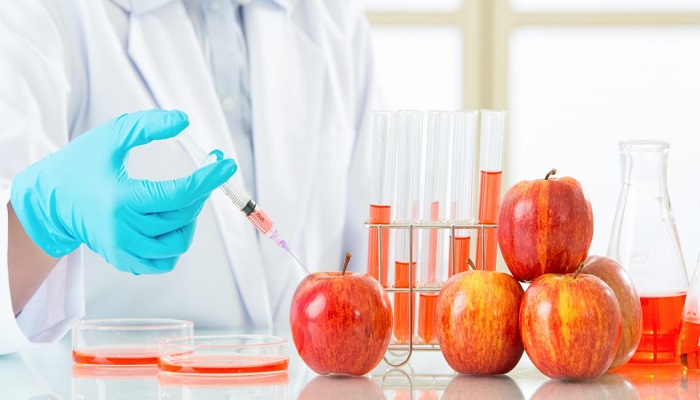 Animals have always been fascinating to human beings and animal breeding is one of the aims of human for several purposes. As animals inherit their genetic properties to their offspring, this creates bases of genetic selection of the animals with desired properties. Many of the plant and animal species have become dependent on these man-made genomic modifications and selection for their survival. These are termed as genetically modified organisms or transgenic organisms.  For example, silkworm survival is dependent on these genetic modifications. This genetically modified organism (GMO’s) has improved quality and chances of its survival.

What is natural selection?

Genetic selection is a natural process by which nature selects those species that are capable to adapt better in ecosystem. Spontaneous Mutations play a significant role in creating variety of genetic makeup of organisms. However, the natural or conventional way of genetic selection is slow in comparison to transgenesis.  The transgenesis on the other hand is quite efficient in development of organisms with desired properties in lesser time.

Discovery of structure of DNA have led to genetic engineering of organisms that involves isolation and induces mutations in organisms genome. Once isolated, the desired genes can be inserted in genome of some organisms. This manipulation is to induce some desired qualities in them and the  process is termed as transgenesis. This helps in genetic selection of organisms with desired properties.

Transgenic organism is those which have some foreign gene (gene from some other organism) inserted in their genome. These transgenic organisms are significant to study gene expression under various environmental conditions, development of models for biomedical studies. For example, mice and pigs are widely used lab animals for transgenic experiments.

A large number of pharmaceutical products have been developed by these transgenic organisms. For example, insulin production has been successfully done by transgenic bacteria. Also gene therapy is a way of treating genetic disorders such as hemophilia. The patient having a mutated gene it his genome is provided with the normal gene by gene therapy. Expression of normal gene in recipient produces normal protein product that cures the disease condition. For example, production of coagulation factors in hemophilic patients.

Recombinant proteins are those synthesized by genetically modified organisms or transgenic organism such as recombinant bacteria that produces insulin and bovine growth hormone that enhances milk yield in cow. So in 1980’s it was proposed that the transgenic organism is capable of secreting recombinant protein products in their milk and eggs etc. Similarly monoclonal and polyclonal antibodies have also been produced in lab environment by cell culture technique.

In 1980 scinetists developed first transgenic animal, mice and in 1983, first transgenic plant. The purpose of development of GMO’s genetically modified organisms is to improve food sources and animal breeding. Another purpose was to develop plant and animal species that are resistant and immune to certain toxins and pathogens. Insect resistant maize is one of the examples. Improvement in food quality is also an aim of genetic engineering such as production of omega 3 fatty acid in milk and meat of animals. These genetically modified organisms such as bacteria have their role in removal of  environmental pollution by the process of biodegradation.

Transgenic insects have significance for production of transgenic crops. Another example of genetically modified organism is mosquitoes have been developed and the focus is to eliminate or at least reduce their pathogenecity. GloFish was the first transgenic pet animal having three fluorescent genes in its genome. Although this GloFish was not harmful for the environment but the project was not successful for various reasons. Scientists have developed transgenic rabbit with GFP gene. There are many social, economical and ethical concerns about these transgenic animals and plants.

There are better survival and adaptation chances of transgenic organisms. One problem is the stability of the transgene in large scale production of transgenic crops. There are chances of degradation of the inserted gene from the plant or animal genome after sometime.

Acceptance of these transgenic products by the people is another issue. Although these products are declared safe for human health as well as for environmental stability. FDA has approved these products but European Commission did not provide its agreement based on ethical concerns of cloning of organisms.  However, there are many transgenic plants and their food products that people do accept and are commercially available.

Human cloning and its ethical concerns

But when it comes to human cloning, there are lot of ethical and social issues. Obviously this is not possible as the human body is too complex to clone and to immortalize. Actually, the scientist is trying to induce certain genetic modifications in human genome particularly for treatment of genetic diseases. People need to be educated and aware about these trasgenesis as their major concern is welfare of human being and improvement of their life style.