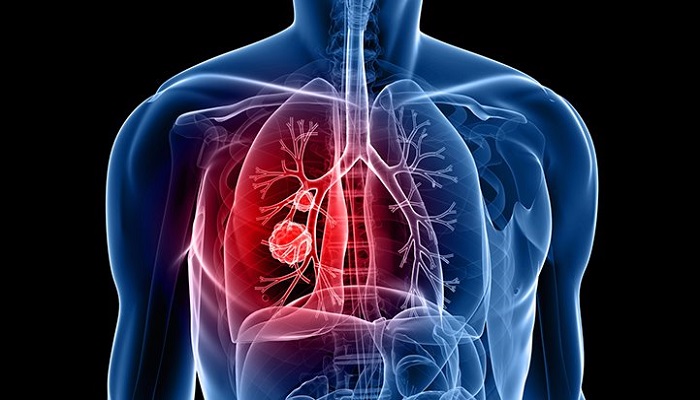 Lung cancer is a medical condition in which abnormal cells grow and develop in the lungs, the organs used for breathing. These abnormal cells divide, and the increase in the number of cells leads to growths called tumors.

The abnormal cells cause harm to the body as they grow and spread. There are two types of lung cancer the one is known as primary lung cancer starts in the lungs. The cancer cells are abnormal lung cells. Sometimes, people will have cancer travel from another part of their body or metastasize to their lungs. This is called secondary lung cancer because the lungs are a secondary site compared to the original primary location of the cancer. So, for example, breast cancer cells which have travelled to the lung are not lung cancer but rather metastatic breast cancer, and will require treatment prescribed for breast cancer rather than lung cancer.

Lung cancer is one of the most common causes of death. According to the reports of American Cancer Society, about 154,000 deaths were caused by lung cancer, worldwide. The age limit of lung cancer diagnosis varies from 45 to 70 year. Men are more likely to get affected. In US death rate is high with lung cancer compared to breast cancer cases.  Over 7,000 death cases are reported in just US due to lung cancer.

Until 1930, lung cancer cases were not much frequent. However, the cases increase due to many environmental factors as well. The factors that cause cancer are:

Tobacco smoke contains two carcinogenic chemical in it. These are nitrosamines and polycyclic aromatic hydrocarbons. Chain smokers are high risks of developing cancer due to these two carcinogens. The normal cells begin to die and abnormal cancerous cell replace the normal cells.

Similarly, asbestos fibers exposure is another preseason of developing lung cancer. These fibers cause pleural lining thickening in lungs and cause mesothilioma. Many cosmetics products contain asbestos fibers in them. Even the mild exposure to asbestos is harmful as it may persists for long times in lining of respiratory track.

Radon is a natural radioactive gas and is odorless. It emits harmful ionizing radiations. Approximately, 12% of lung cancer cases happen due to radon exposure. According to Environment Protection Agency (EPA) , one out of 15 homes in US contains dangerous levels of radon. Moreover, about 21,000 deaths due to lung cancer are attributed to radon exposure.

Genetic susceptibility is another factor that contributes significantly in onset of cancer. This is the reason that some of smokers may not develop lung cancer. While some are at high risk of cancer development if they are smokers too.

Air pollution, dust, and smoke particle, industrial effluents all impose a great threat to human health and increase the risks of lung cancer significantly. About 1-2% of cases occur due to inhalation of harmful chemical from environment.

Bronchogenic carcinoma is another term for lung cancer as they arise in bronchi of lungs. There are two type of lung cancer:

These types are based on the appearance of tumor cells. The size of cancerous cells or tumor varies in both cases so is their spreading and treatment options.

Approximately 20% cases are of SCLC in which the cancer spread rapidly and aggressively metastasize in body of the person. On the other hand, NSCLC happens in 80% cases. It further has types of cancerous cells or carcinomas:

Signs and symptoms of lung cancer are:

The stages of cancer are basically estimation of the spread of tumor cells in body. Various diagnostics test determine the stage of cancer. These stages are:

Approximately 1.8M new cases are diagnosed, and 1.6M lives are lost to lung cancer every year. Although early detection of lung cancer enhances the patient survival rate, only 15% of patients are diagnosed at an early stage. Many different tests are used to diagnose lung cancer and determine whether it has spread to other parts of the body. Some can also help to decide which treatments might work best.

If a patient has signs or symptoms that may be due to lung cancer, the doctor will examine the patient and take a medical history to check for risk factors.

To investigate abnormal signs and symptoms the doctor may arrange several imaging test. Imaging testing include different techniques such as

This is painless method which show tumors 1 cm wide. Small tumors may not show up on an x-ray or other organs within the chest cavity may hide them.

This test gives a more detailed picture than chest x-rays. CT scans can detect extremely small tumors and can give three-dimensional imaging of the tumor. CT can also help determine if the tumour has spread to lymph nodes surrounding the lungs

This technique uses low-dose radiation to measure the activity of cells in different parts of the body. PET-CT scans give more detailed information about the part of the body being scanned

This test checks how well the lungs are working. It measures how much air the lungs can hold and how quickly the lungs can be filled with air and then emptied. You will be asked to take a full breath in and blow out into a machine called a Spirometry.

Sputum cytology: If you have a cough and are producing sputum, looking at the sputum under the microscope can sometimes reveal the presence of lung cancer cells. A patient may ask to cough deeply and forcefully in container. Than under microscope examine cancer cells.

A sample of abnormal cells may be removed in a procedure called a biopsy.Only a biopsy can provide a definite diagnosis of lung cancer, so until biopsy results come back, a person does not know for sure whether he or she has lung cancer. It includes following types;

The doctor passes a needle through the skin into the lungs to remove a small piece of tissue.

Free floating DNA in the bloodstream use for analysis. Tumors shed this DNA material into the blood as the cells within them die. The DNA is collected and analyzed allowing doctors to get a “snapshot” of the genetic mutations.

A surgical procedure in which an incision made just above the breastbone allows a device with a camera attached to pass into the middle of the chest to see if cancer is present there and to check central lymph nodes for cancer.

Allows the doctor to look inside the large airways (bronchi). A bronchoscope is passed down your nose or mouth, down your windpipe (trachea) and into the bronchi. The bronchoscope is a flexible tube with a light and lens for viewing. It may feel uncomfortable, but it shouldn’t be painful. It has two basic types;

If cancer cells are found in the tissue sample, a genetic test may be performed. Genetic testing or  “molecular profiling or mutation profiling,” allows doctors to look inside tumor cells for gene mutations or changes that causes cancerous cells development. This testing helps a doctor develop a treatment plan for the patient.

The most suitable treatment option depends on the stage of cancer and type of cancer. So every individual may get a different treatment than others. There are various treatment strategies for lung cancer. We will discuss these strategies in next section of this article.