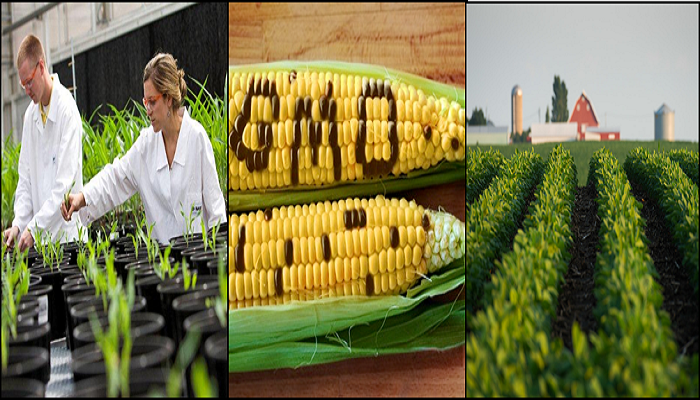 The term transgenic plants applies for those having modified genome by addition of some foreign gene in them. This purpose is to provide the plants with some qualities that are not naturally present in them are to improve the already present qualities. For example, the development of antibiotic resistance in plants is one of the major concerns of plant biotechnologists. The plant cells or the protoplast is transformed by various techniques. The aim is that the foreign desired gene becomes the part of plant genome. Conventionally, researchers use specialized marker and selection techniques for selection of transformed plant cells to ensure the successful incorporation of foreign gene in plant genome. But there are some issues with these approaches that need replacement with some better strategy. Here comes the idea of marker free transgenic plants.

These are specific gene sequence. Researchers incorporate these markers in genome of the host cell (in this case the plant cell) to provide the basis of selection as they provide certain characteristics to cells. For example, if the marker gene is for antibiotic resistance, the cells selection is possible on media containing that particular antibody in it. Only the transformed cells having the antibiotic resistance gene in them will grow on that selection media.

Specific gene sequences are used as selection markers for transformed plant cells. Initially the use of marker genes seemed suitable as only the transformed cells were able to grow as many of them provide the plant with resistance against certain type of antibiotic.

However, there are concerns about these marker genes as they may permanently incorporate in plant genome. On the other hand, there is no need of marker genes after the selection. There are chances of horizontal gene transfer to other plants via pollen grains or to other microbial species like the naturally occurring bacteria of human intestine when they consume plant food.

These are some methods that replace traditional selection techniques based upon incorporation of marker genes. These methods are:

This method also selects the cells on the basis of their survival that only the transformed are able to grow.  This is based upon the co-tansformation of the transgene in which the selectable marker is provided by two separate DNA molecules that are later segregated in next generation. After the co-transformation, the gene is eliminated from genome. This is agrobacterium based selection system.

The selection gene along with the gene of interest is transferred to plant cell either by different agrobacterium strains. Both of them contain binary plasmid of T-DNA region. Other way of gene transfer is by single agrobacterium strain that contains two plasmids in it each having its own T-DNA region. The co-transformation is possible via particle co-bombardment technique.

There are chances of linkage between the marker gene and the gene of interest as both are present on same genomic locus. It also limits the co-transformation as the linked genes are not easy to segregate.

Drawbacks of this technique

This method is not applicable for the sterile plants and the plants of longer life span. Also this technique requires many transforments to find out the gene of interest and the elimination of marker genes is a complex process.  This strategy is not suitable for vegetatively propagated plants because of excision of marker gene and the recombinations that occur during reproduction. However, the efficiency of co-transformation is much better when both the T-DNA regions are transferred by same agrobacterium strain. Overall advantage is possible elimination of marker gene from genome.

This method is based upon the strategy of controlling the expression of recmbinase enzyme and the recombination sites of transgene.  The selectable marker gene is inserted in transformation vector which consist of two recombination sites. The site spoofed recombinase enzyme recognizes these sites. The marker gene exits the plant cell genome as soon as it expresses itself and serve the purpose of selection. So the marker gene no longer remains a part of plant genome after its function.

The cre-recombinae system of P1 becteriophage has been manipulated for this recombination technique. The presence of two lox sites is helpful to excise the intervening sequence. Moving apart these lox sites from each other can help in excision of larger genome sequence. This occurs by transposon jumping. This selection system prevents transgene silencing.

It is possible to insert multiple copies of transgene at same locus. A single transgene sequence can be obtained by resolving the complex integration pattern, by flanking the transgene with inverted recombination sites. This recombinase gene with the flanking of transgene ensures the removal of selectable marker simultaneously. So the transgene successfully integrates the specific lox sites.

Significance of this technique

The overall reaction is reversible and bias towards excison. The development of specific lox sites occurs in such a way that newly combined half sites are non-functional with the completion of integration. The inverted orientation of both the lox sites is significant as it aids inversion of sequences. This technique is successful in plants. Researchers observed exchange of chromosomal arms by application of this site specific strategy. Recently, researchers have developed a binary vector system and named it as PROGMO for marker free transgenic plants.

Basically this vectors uses the plant adapted R recombinase enzyme and a bifunctional marker gene for selection.  The plasmid has only the right border of T-DNA that makes possible successful insertion of complete plasmid in plant genome.  The Rs site for of recombination recombines and then excise the marker gene so that only gene of interest remain incorporated in plant genome. So this method is significant to generate marker free plants.

There is an alternate strategy when re-insertion of trsanposon fails. For this situation, IPT selection system is useful. The ipt gene is incorporated at Ac region.  The ipt gene (Isopentyl transferase) cause overproduction of cytokines and the shoots of transgenic plants have abnormal morphology that plays the same role as the selectable marker gene.

Plants with normal morphology in next progeny indicate the elimination of ipt gene that provides marker free but transgenic plants.

Ipt system along with plant TDNA like P-DNA fragment produces marker free potato plants with the binary vector system.  In this selection system, the cod A gene provides the negative against the integration of nptII marker gene. This coda gene is toxic and codes for the enzyme that cleaves non-toxic flourocytosin into cytotoxic 5-Flourouracil.

Agrobacterium strains are also used for this type of selection system as the strain has mutated auxin synthesis gene but ipt gene is intact on TI plasmid of its own. The proliferation and adventitious root development serve as the basis for selection. However, this method has the maximum efficiency rate of 5% only because of repeated re-insertions.

This system allows the relocation of gene of interest to study the positioning effect of genes on certain qualities of plant. The integration pattern of gene is simple and the excision is possible for  selectable marker gene

Disadvantages are many as well. The transposition efficiency varies among plant species and the method is time consuming and laborious.  In some cases there is low efficiency of elimination of marker gene which is due to re-insertion ability of transposons. The transgenic plants are genetically instable because of heterologous trasnposon and mutations.   Also it is not applicable for sterile plants and plants of longer life span such as trees.

This method makes use of natural DNA repair mechanism of plant cells. The homologous recombination and the mechanism of non-homologous end joining repair the double stranded breaks in DNA molecule.  Which strategy is useful for repair, depends on the site of DNA break. During this process of repairing, it is possible to add or delete the genes at that point. In fact, the deletion   is much easier than the addition of gene.

A selectable marker gene was placed between the two repeat sequences 352 bp attP regions of becteriophage genome. The % age of A and T is higher at this point that acts as stimulatory signals. In petunia hybrid plant these copies located near the transformation booster sequence. The levels of repair mechanisms (both homologous and end joining methods) also enhanced.

A kenamycin containing  media serves the purpose of selection. These is possibility of  loosing the marker gene.  The regeneration of plants was possible form the transformed callus and selection was as possible because of kenamycin resistance gene. Clones of plant showed sensitivity towards the antibiotic and they also developed shoots . These clones further generated 23 marker free transgenic plants. 20 plants lost the gene of interest that was probably due to non-homologous end joining repair mechanism.

The method has some drawbacks such as deletion of non target gene or the gene of interest and low efficiency. The recombination is not under control in many cases during the selection.

This is a alternative of site specific recombination. In plants the recombinant sites do not express if these are engineered by recombinase system. Phage origin attachment site is attp or (P for phage)  POP. From bacterial origin the site of attachment is denoted by attb or (B for bacteria) BOB. Obtaining intrachromosomal recombination in plants is by SMG insertion in between attP direct repeats that facilitates excision spontaneously.  Composition of base in attP site is A+T which plays the stimulating role for recombination. The induction of DSB (double strand breaks) generates recombination hot spots but it reduces the stability of transgene. Efficiency of marker gene ISceI is 33% expression.

Recently, the co-integration strategy has been developed in which the integrations are unstable as they are direct repeat regions. There are subsequent loop recombination patterns that either creates successful and stable integration of transgene in plant genome.