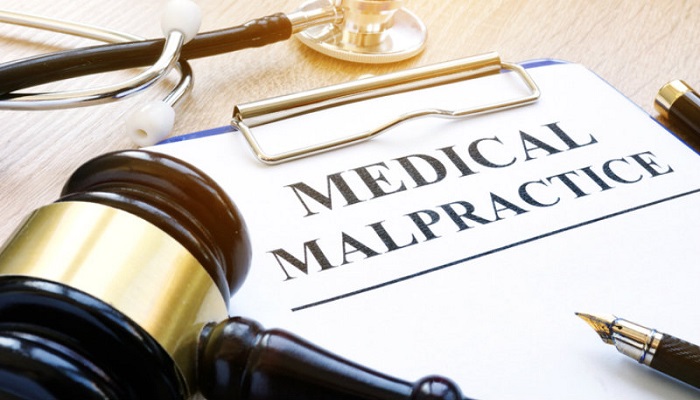 Every profession comes with certain degree of sincerity and responsibility. But the medical profession is something which demands even more care, responsibility and sincerity. Medical malpractice is becoming a global threat and menace. It happens due to negligence and irresponsible behavior of health care providers. Their negligence can bring someone a lifetime of misery and even cost someone’s life.

The word ‘medical malpractice’ describes the failure, negligence or error of doctors and medical staff in hospitals while treating the patients. Most of the time, these errors and malpractice not only physically affect the patients but also cause mental and economical loss.  Have a look at the global statistics of medical malpractice cases and what is the possible cost of these cases:

At global scale, medical malpractice is third leading cause of deaths after heart disease and cancer. Studies suggest that almost 70% of the person’s face medical malpractice at least once in their life time. Luckily some of these are not fatal. On the other hand, some may not be lucky enough and experience severe physical, mental and economical loss. The Center of Disease Control and Prevention says that every year medical errors cost lives of about 75,000 patients.

A study performed in year 2010 by US department of Health and Human Services reveal that one out of every seven patients experiences medical negligence. About 44% of cases are preventable. Approximately 25% cases of medical malpractice result in death of patient, 15% patients undergo severe physical injury, and 37% experience minor but significant injury. Moreover, 17% cases are of emotional trauma and breach of consent. Over the decade, the medical lawsuit and regulation have reduced these incidences about 15%.

Medical malpractice is a global threat

Medical malpractice prevails at global scale. Pakistan is also one of the countries where medical malpractice is becoming a threat day by day. Recently, a nine months old baby was injected with wrong medicine. The medical negligence of doctors cost her life. Things are getting uglier. In a remote district area, 59 HIV positive cases have been reported. The affected are minors and toddler of even six months. One of the doctors is suspected and accused of intentionally transmitting virus to his patients as he himself is suffering from this deadly disease.

Mortality rate due to medical errors rank third highest position at global scale. Not only the developing but also the developed countries are facing these issues. People are coming up with their experiences and sharing them with community. Mrs. K from Middlesex also experienced medical negligence during pregnancy. The doctors diagnosed her abdominal pain as pelvic pain. She lost the child due to excessive bleeding. The list is long and the facts are heartbreaking. Some of the patients survive medical malpractice. However, most of them fear to have medical aid in future. People get anxiety and mental trauma for rest of life.

What possible errors or malpractices can happen?

Back in 2030 BC, the Code of Hammurabi remarked:

‘‘If a doctors treat a person with lancet of bronze and cause the death of patient pr any other physical injury, one shall cut his hands off.’’ Legislation to deal the case of medical malpractice started in 1800 in United States and various other countries. However, before 1960, the legal actions against medical errors were less. After 1960, this is better to say that people have become aware of their rights as patients. Now a days people do report most of the cases of medical negligence. The authorities also take legal actions as well. Moreover, in medical malpractice insurance is provided to patients to compensate their loss and to aid in treatment.

Having regulatory rules and laws is not the solution to problem. Taking quick actions against such irresponsible hospitals and so called medical staff is the need of hour. Establishing strict guidelines and rules for hospitals, and ensuring the proper implementation of these guidelines can reduce such incidences. Medical malpractice is challenge and curse which needs to be dealt with iron hands.