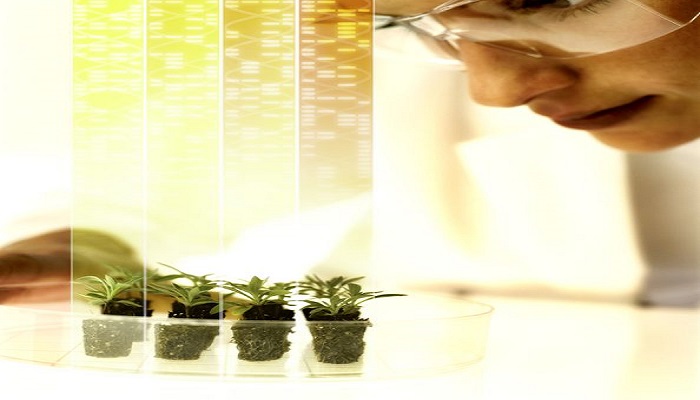 What basically cancer is?

Cancer belongs to class of disease. It is characterized by abnormal cell growth and its potential to spread or invade other cells in body. These abnormal extra cells often form a mass of tissue which is termed as tumor. These cells generally originate from a single clone resulting in formation of malignant tumor cell growth which undergoes uncontrolled proliferation.

Cancer has three major categories based on their location i.e. localized, regional and distant or metastasis. Localized cancer remains confined to a particular area of body and don’t spread to other bodily tissues or organs. In case of regional, cancer makes its way into the surrounding tissues or organs or even invades the nearby lymph nodes. Distant cancer also referred to as “metastasis” results in spread of disease to distant bodily parts or distant lymph nodes.

The onset of cancer among individuals can be a result of various factors, such as:

All of these factors influence the genomic material of cells in such a way that the normal cell growth impedes and cell division is affected. One of the most prevalent forms of cancer among individuals is the breast cancer and cervical cancer which largely affect females. This is because of the mutated BRCA1 gene which synthesizes a faulty protein. This defective protein is unable to fix the DNA damage i.e. double strand breaks ultimately leading to mutations in several other genes.

These mutations often accumulate allowing the cells to divide uncontrollably, forming a tumor. Moreover, these genes represent a low expression leading to initiation of breast cancer among women.  In addition to breast cancer, mutations in BRCA1 also increase the risk of development of ovarian & prostate cancer.

The process of cell cycle is an event of cellular growth and division. This is under control of complex series of signaling pathway.

All these phases have particular duration and are under control of cell signaling pathways. These pathways also ensure that errors are corrected and the abnormal cells are destroyed by the apoptosis. However in case of cancer, these pathways are disrupted and normal processes are subverted.

At the end of S phase, the cell and control mechanism ensure that the DNA has no damages. If any damage is present, the cell commits suicide through apoptosis. Kinases and cyclin dependent kinases (CDKs) belongs to an essential enzyme family that controls cell cycle mechanism by signaling pathways. Cyclins are regulatory proteins of cell cycle and these are the product of tumor suppressor genes of cells. Cancer causing agents that are termed as carcinogenic causes mutations in these genes. The absence of regulatory proteins results in abnormal growth pattern of cells permitting their uncontrolled division that leads to tumor development, a process termed as carcinogenesis.

Signs and symptoms of cancer

The possible signs and symptoms of the disease include lump formation, abnormal bleeding, weight loss, fatigue, fever with prolonged cough, swelling or enlarged breasts (in case of breast cancer), changes in skin color i.e. skin pigmentation etc. However, conventional methods of cancer treatment involve radiation therapy, chemotherapy and surgery albeit effective but impose potential side effects on human health. The type of treatment and the chances of patient’s survival depend upon the extent of disease.

Financial cost of cancer treatment is about $1.16 trillion US dollars per year. With the recent advances in the field of biotechnology, the treatment of cancer has been improved and researchers are trying their best to find most feasible methods. These methods and novel approaches of biotechnology for cancer treatment involve recombinant protein products. For instance, cytokines, interferon alpha 2, monoclonal antibodies, chemokines as well as gene therapy.

About 50% of the medicines for cancer prevention comes from plants. These medicines generally induce anti inflammatory or anti oxidant effect. This is possible due to presence of certain compounds that aid in preventing cancer.  For example, researchers found a sea sponge, Mycale henscheli, can generate a chemical “peloruside”. This chemical can stops cancerous cell’s proliferation. Researchers found combretum caffrum drug effective for cancer treatment along with radiation therapy. This drug comes from tree bark. Similarly, Curcuma longa (turmeric) is putative against the disease. It exhibits anti proliferative activity due to its capability to down-regulate a number of genes involving NF-kappa B, Activator protein-1 (AP-1), nitric oxide synthase (NOS) and tumor necrosis factor (TNF).  Plant biotechnologists are finding ways to treat cancer through plant products. Certain tumor suppressor genes can be inserted in plants for production of vaccine or useful drugs and monoclonal antibodies to leverage the response against disease.

There are several possible ways of plant based treatment of cancer. Some of them are:

One of the possible approach of biotechnology for cancer treatment is to manipulate tumor suppressor or antioncogenes. These are the one that inhibits tumor formation by cancerous cells. Normally these genes are expressed in cell and produce certain regulatory proteins that check and regulate each stage of cell cycle and if there is any problem in these cells, they cause apoptosis of these abnormal cells oncogenic agents that cause cancer mutate these genes.

In the absence of these genes products, the regulatory proteins, abnormal or cancerous cells escape apoptosis. Moreover, their absence allows the proto-oncogenes (that cause cancer) activation which results in abnormal cell growth.

Apoptin was the first tumor suppressor gene to be isolated from animal body. These genes secrete their products in the form of cytokines to transmit specifc signals of cytotoxic killing of cancerous cells.  Moreover, researchers have recently discovered anticancer ORCTL3 gene. It codes for a leucin zipper and mediates cell apoptosis signals.

Normal and functional BRCA gene suppress tumor formation in breast cells. Its protein products are associated with RNA polymerase ii by its C terminal domain. It interacts with histone deacetylase complex and regulates transcription and DNA repair. Tumor protein P53 is another tumor suppressor gene. infection of human papilloma virus (HPV) results in P53 mutation and leads to cervical cancer. So the mutations of these tumor suppressor genes has direct association with tumor formation.

Curcuma longa plant also known as turmeric (used in cooking) has medicinal importance. Diferuloylmethane, a polyphenolic derivative is the chemical component of this plant that prevents and treats cancer naturally. Its chemical component curcumin inhibits proliferation of tumor cells by down regulation of certain genes such as NF-Kappa B, epidermal growth receptor 1, cycloxygenes, nitric oxide synthase and tumor necrosis factors as well. It reduces expression of various chemokines, cyclins, certain regulatory protein kinases and growth factors. These have significant role for proliferation of cancerous cells. Studies have proven that curcumin kill cancerous cells by apoptosis by enhancing the gene expression of genes that codes for tumor necrosis factors and inhibits cell cycle stages of these abnormal cells. it also cause down regulation of anti apoptotic proteins such as BCL-XL and promotes cleavage of pro-caspases to enhance tumor necrosis factors.

Animal testing of plant based therapeutics

Researchers have performed xenotransplantation of these monoclonal antibodies on mice. These trails successfully demonstrated destruction of cancerous cells (created by mutations) in mice.

These novel approaches of plant biotechnology for cancer treatment sound promising, Hopefully, in near future there will be a perfect cure for all types of cancer.