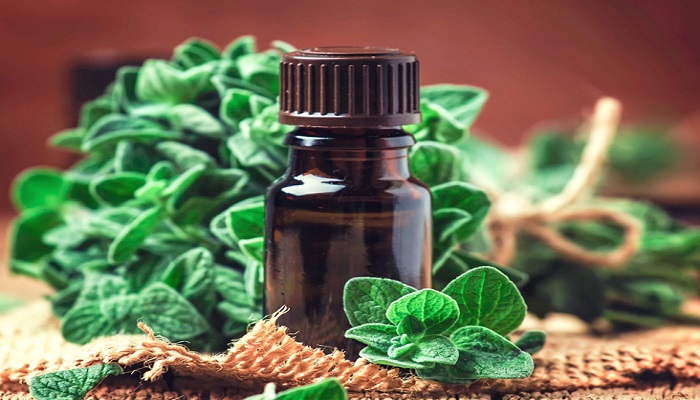 Oregano oil is extracted from leafs of herbaceous oregano plant. (Scientific name: origanum vulgare). This oil a rich source of natural vitamins and minerals such as calcium, magnesium and phosphorous, copper. All of these boost up the immune system. Moreover, it has volatile components, caravacrol and thymol which have great anti-inflammatory, antimicrobial and antiviral properties.

The oil is used in food cooking whereas the leaves of plats have role in medicine manufacturing.  The oil extract promotes sweating and helps to reduce body temperature in fever. Also, it improves digestion and relieves the symptoms of poor digestion such as nausea and vomiting. Similarly, it has health benefits for treatment of flu; this proves a great home based remedy. In fact, many of the conventional healers use this oil extract for relieving the symptoms of respiratory tract infections including flu, sore throat, bronchitis etc.

Oregano oil and its supplements are commonly available in grocery stores. This is available as capsule or as liquid oil.  Capsules are even better in case you don’t like the taste of oil. The liquid form of oil is however used by mixing it in water. For the purpose, add 3-5 drops of oregano oil in two table spoon of water, swish it in mouth for few seconds then drink it. This will help you cure the flu naturally and also boost up your immune system

One important point to consider is that there are various supplements of oregano. Look for wild oregano P73. This contains polyphenolic compound of oregano oil 73 percent which is blended form of various medicinal oregano. This has great medicinal importance. Other supplements on the other hand, have their own effectiveness for various purposes.

For adults, the recommended dosage is 3-5 drops of oregano oil in water four times a day. And for children, 3-5 drop once or twice a day is enough. Remember excess of anything is bad. So consuming it too much may have some side effects especially for those already taking medications for some diseases.

As the source of this oil is natural herbaceous plant, this essential oil has is quiet a natural remedy for many health issues. These are:

Consuming oregano oil kills the food based microbes that would otherwise cause infections and disease. This is due to high levels of carvacrol substance in plant leaf and oil. It inhibits and kills the staphylococcus species of bacteria including the S.aureus and S.epidermidis. Both species may outgrow and spread in blood causing serious health issues. This condition is known as small intestine bacterial outgrowth (SIBO). The studies show that using herbal remedies can prevent this SIBO.  The major components of oregano oil carvacrol and thymol are effective for this purpose.

Some researchers believe and working on the possibility that oregano oil along with silver nana particles can eliminate bacteria and microbes. Due to its antimicrobial effects, rubbing the oregano oil on skin provides protection against pathogens that cause skin infections.

Thymol and carvacrol have anti inflammatory properties. These help to reduce inflammation and also to quicken the wound healing process.

The oil is enriched with anti oxidants which prevent oxidative damaged caused by free radical. Fee radical may pose the health issues including arthritis and DNA damage. Therefore, the anti oxidants property makes oregano oil useful for skin care. It makes skin fresh and wrinkle free by its anti oxidants.

A study performed in 2017, depicted that water based extract of oregano oil can relive joint pain. However, more human testing of pure oregano oil is still under study.

Researchers claim that oregano oil has potential to inhibit cancerous cells development and proliferation. However, lab trials and experimentation are still underway.

Oregano oil has many health benefits. However, there are some facts that we should consider while using this it. These are:

Therefore, the best choice is to use oregano oil as recommended and within safe limits. If you feel any allergic reaction or something like that, after oregano consumption, it’s better to contact your healthcare provider, to avoid any possible complications.