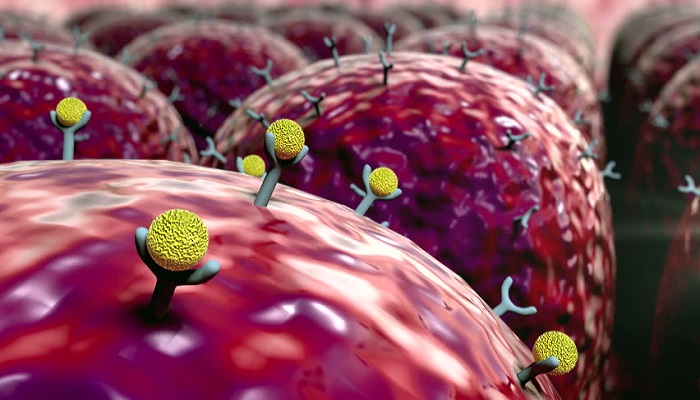 These recognition patterns of host body are of two types:

The small molecular structures or motif that are present in body of pathogen and shared by certain class of pathogens generate innate immune response when recognized by the receptor proteins. These structures are foreign particles to the host body. So they are recognized by receptors of immune system. PAMP’s generate the infectious inflammatory response in host body to kill the pathogens and remove toxins.

Also termed as danger signal, these DAMP’s are results of toxins that are produced due to cell damage in body. They initiate or generate inflammatory but non infectious responses.

These receptors of innate immune system are of four major types: Location of different receptors of innate immune system in cell

This category further consists of these classes:

The very first Pattern Recognition Receptors to be discovered were these toll-like receptors.  These are transmembrane proteins having a cytoplasmic along with an extracellular leucin-rich domain. They recognize large number of pathogen associated molecular patterns of certain bacteria, viruses and other pathogens.  They also show some responses to some damage associated molecular patterns.

Cell wall of certain bacteria contains lipids in the form of lipopolysaccharides and lipoproteins that are recognized by these receptors and are removed from cells by phagocytosis. The number of TLR’s in mice is 11 while in human body they are 10 in number.

Each type of TLR recognizes specific pathogen or the PAMP’s. When it recognizes the pathogen, TLR initiates or activates a cell signaling pathway that is mediated by the specified Cytokines proteins to generate a response to eliminate the foreign particles.

Pro-inflammatory Cytokines: these are produced before the inflammation response of innate immune system. Examples include IL-12 and IL-6.

Anti-Inflammatory Cytokines: these are produced to reduce the inflammatory responses. Their example is Interleukin-10.

Basically, the interactions of TLR and pathogen start a signaling pathway of cells that activates a transcription factor NF-Kb. This transcription factor activates cytokine genes that produce cytokins to generate inflammatory responses in human body. These genes can be different depending upon the type of pathogens. For example, the genes for tumor necrosis factors and the genes for chemokins etc.

These molecules modulate the response of Toll Like Receptors:

Formation of heterodimer (dimer of two different molecules) with TLR II on the surface of cells enables them to attach to the gram positive bacterial strain that contains peptidoglycan in their cell wall. For example, staphylococcus bacterial is gram positive.

Attaches to TLR I and helps in binding of cell with the cell wall of gram positive bacteria.

Endosome is formed when the cell membrane surrounds the pathogen and invegenate inward to engulf it by process of endocytosis. These TLR bind to RNA of the viruses that are present in cell as endosome. But only for those viruses that have double stranded RNA as their genetic material.

They recognize motile bacteria due to the flagellin protein that is basic component of their flagella.

Recognition of microbial components by different types of Toll Like Receptors

Involved in formation of heterodimer with TLR II and help to recognize the peptidoglycan of the bacterial cells.

Both of them form a dimer that recognizes certain single-stranded RNA containing viruses like influenza virus by binding to their single stranded RNA. These viruses are actually trapped in cells in the form of endosomes.

The cytosine base of the DNA of bacterial cell is usually methylated that it contains additional methyl group in it. In some cases, these receptors recognize methylated bases in genome of microbes.

This toll-like receptor is not present in humans but in mice only. This TLR binds specified proteins of infectious particles. For example, the flagellin protein.

In response to these TLRs, certain inflammatory responses are generated in body by the innate immune system and it can lead to activation of adaptive immune system as well.

These receptors have a carbohydrate- recognition domain. They recognize the foreign particles by binding to carbohydrate components of their cell membrane and their binding is calcium dependent. The examples of C-type lectin receptors are mincle, DC-SIGN, dectin- 1 receptors. They mainly recognize the fungal particles and modulate the innate immune system.

In fungal and bacterial cells, these receptors recognize the mannose component of their cell walls. Fucose of helminthes and glucan component of certain mycobacteria are recognized by them.

This family of receptors contains one lectin domain in their stricture that is specified for carbohydrate recognition.  This domain is a ligand binding motif that requires Ca2++ ions when they bind to sugar particles. On the other hand some of the receptors don’t have the ability to bind to sugars although they are structurally C-type or lectin containing receptors.

These CLR’S have two categories:

Present on the surface of macrophages and certain dendritic cells these receptors recognize the mannose component of the cell wall of fungi.

These receptors are exclusive for plants only and contain certain domains in their structure.

These receptors have further two types:

These receptors are named as NOD like receptors because of presence of nucleotide-binding oligomerization domain in their structure. This domain has the ability to bind to nucleoside triphosphate. They generate responses and interact with the specific microbial particles by their C-Terminal leucine-rich repeat and generate signals by their N-terminal domain to activate cytokines genes.    In mammal’s body, 20 types of these receptors are found that are responsible for generating certain apoptotic and inflammatory responses. They recognize bacterial and other microbial particle and then produce oligomers that activates inflammatory caspases.

Caspases are proteolytic proteins which participate in cell signaling pathways of programmed cell death or apoptosis. The result is activation of certain cytokines such as NFkα and IL-1 etc.

Subclasses of this family are:

It has further types of NOD1 & NOD -2. Both of them recognize a peptidoglycan component, MESO-DAP of gram negative bacterial cell wall. Also they can recognize the intracellular muramyl dipeptide that is a constituent of the gram +ve and gram -ve bacteria.

They take part in the cell signaling pathway such as  for activation of inflammatory NFkB and MAP Kinases.

NALPS are pyrrin domain containing NLR having C-terminal leucin repeat region (LRRs) that acts as their regulatory domain. Similar to other NOD receptors, they bind to nucleoside triphosphate by nucleotide binding site. N-terminal pyrin domain controls their interaction s with other proteins.

In humans, there are 14 types of NALP from NALP1- NALP14. Mutation in any of these receptors can result in auto inflammatory diseases of immune system. For example, NALP-3 mutation results in familial cold auto inflammatory syndrome.

NALPS are activated in response to or they recognize the muraml dipeptide of microbial genome, certain toxins. Moreover some viruses that have double stranded RNA as their gentic material such as paramyxovirus activate these receptors. They can activate capases in response to ligionella bacterium to generate inflammatory response.

Inflammasomes are a type of cytoplasmic protein complexes that belong to NOD like receptor family. They are involved in maturation of inflammatory cytokines such as interleukins IL-1α and IL-1β as they control activation of caspases of signaling pathways.

Their functioning is closely related to the NALPS receptors. Assembly or arrangements of these inflammasomes depends upon certain NALPS or other NOD like receptors.  These infammasomes activation occurs in response to microbial particle in host body.

Mainly present on antigen presenting cells such as monolayer phagocytes and the dendritic cells, B cells and T-cells, these protein complexes are important in generating innate immune response.  The antigens to which they bind belong to some extracellular proteins such as those of microbial cells. Lysosomal enzymes endocytose and digest the extracellular proteins and cell later removes them. The main purpose of these MHC II proteins is to derive some signaling pathway to generate inflammatory response or the activation of cells of adapted immune system to combat the foreign particles.

They belong to a cytoplasmic RNA helicase family of receptors that specifically recognize the double stranded RNA of the viral particles. They recognize them due to their pathogen associated molecular patterns (PAMP).  These receptors have and RNA binding domain in their structure. They activate a transcription factor of the genes. The gene product is interferons IFNs in these cells to initiate an antiviral response in body.

These RLR’s have further three types:

Expression or activation of any of these receptors results in signaling pathway to initiate innate immune response. They show their function in epithelial cells, cells of nervous system. The dendritic cells express them but these do not necessarily involve in IFN (interferon) production in these cells.

After they expose to some viral particle in cells, and when there is more production of interferon in cells,  these receptors become more active in these situations.

These receptors of innate immune system do not remain associated with cell from which they are produced.

Types of secreted receptors are:

These proteins protect and line up all the surfaces of human body along with epithelial layer. In addition, these act as the receptors for innate immune system as well.

Circulating proteins C-proteins are also secreted receptors. These not only trigger the cell signaling pathway but also results in opsonization of pathogen. Opsonization is actually locating the microbial or foreign particle by certain receptors of innate immune system. The result of opsoniztion is quick phagocytic response of cells to remove or digest the pathogen particle by cells of innate immune system.

This is one of the major secreted types of receptor. It usually recognizes and attaches mannose sugar component of the cells microbial cells but also have the ability to bind to certain phospholipids, non glycosylated proteins. Once they recognize the foreign particle, they initiate lectin pathway of the innate immune system for its response.

Some other types are:

The macrophages cells are involved in digestion of pathogens by phagocytosis. They recognize the pathogen associated molecular patter such as those which contain mannose. Similarly certain pathogens are recognized by the type of polysaccharides that cover their cells. Therefore, the cells of innate immune system engulf the pathogens and form a phagosome. Later, lysosomal enzymes digest phagosome.

CD14 macrophages are this type of receptors that have leucin rich domain. Their ligands are terminal mannose sugar residue and their function is phagocytosis and also helps Toll like Receptors for trigging immune response.

1 thought on “Receptors of immune system”