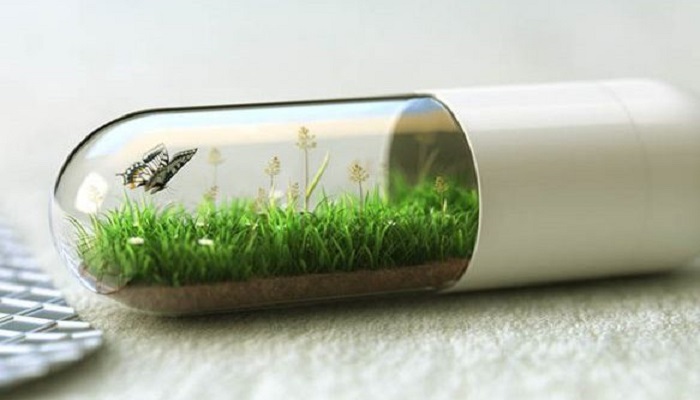 Cancer being one of the deadliest diseases is the major public health concern worldwide. Cancer belongs to class of disease characterized by abnormal cell growth with its potential to spread or invade other cells in body. These abnormal extra cells often form a mass of tissue, termed as tumor. These cells generally originate from a single clone resulting in formation of malignant tumor cell growth which undergoes uncontrolled proliferation. Chemotherapy has adverse effects on normal cells of body as well. The latest researches on developing transgenic plants are directed to find possible cancer treatment strategies.

The onset of cancer among individuals can be a result of numerous factors i.e. environmental factors which include exposure to radiations, viral infections like hepatitis B & C and human papilloma virus (HPV), heavy smoking, fluctuations in hormonal levels and senescence.  Apart from environmental factors, genetic factors also contribute to the onset of disease.

What’s the role of biotechnology?

With the recent advances in the field of biotechnology, the treatment of cancer has been improved. The researchers are trying their best to find most feasible methods against cancer. one of them is transgenic plants.  Recombinant protein products such as cytokines, interferon alpha 2, monoclonal antibodies, chemokines and gene therapy are examples.

Plants have played a pivotal role in treatment of cancer.  Many of plant species have anticancer effects which will provide maximum response against the disease About 50% of the medicines for cancer prevention evolve from plants. They generally induce anti-inflammatory or anti-oxidant effect due to presence of certain compounds that aid in preventing cancer.  For example, Mycale henscheli, a sea sponge generates a chemical “peloruside” that stops proliferation of cancerous cells.

A drug prepared from tree bark, combretum caffrum along with radiation therapy is effective against cancer.  Similarly widely used plant, Curcuma longa commonly known as turmeric is putative against the disease. It exhibits anti proliferative activity due to its capability to down regulate a number of genes involving NF-kappa B, Activator protein-1 (AP-1), nitrite oxide synthase (NOS) and tumor necrosis factor (TNF).

Plant bio technologists are finding ways to treat cancer through transgenic plant products. Researchers and genetic engineered can insert certain tumor suppressor genes in plants for production of vaccine or useful drugs and monoclonal antibodies to leverage the response against disease. Possible treatment strategies of plant biotechnology under researches are:

This antigen is highly present only on the surface of cancerous cells. This monoclonal antibody has been produced in tobacco plant with the help of tobacco mosaic virus as vector of gene transfer in plant. Genetic engineers developed both the  heavy and light chains of antibody molecules in transgenic plant by inserting the gene from human body to plant genome with the help of vector. Later on assembly of these form functional antibody molecules against cancer. These antibodies bind to GA733 and SW948 antigen of carcinoma cells.

Polyploidy is a term for the plants having multiple number chromosomes in their genome rather than normal diploid chromosomal content. The plants cells are isolated and grown in lab. Then, the cellular growth is held up at certain stages of cell division using some chemical or heat shock treatment. Removing the chemical or heat shock allows the cell cycle to proceed. This is how the chromosomal doubling of cellular genome occurs in transgenic plants. Colchicine is chemical for production of tertapoloid and polyploidy plants. These polyploid plants embryo can  grow into whole new plants with high gene number. This is how more genetic material will express and the result is more gene product  by  plant. Polyploidy is a natural phenomenon that helps plants in adaptation to the environment and for natural selection as well.

So this technique of creating polyploidy-transgenic plants is useful to enhance the gene expression of those plants that naturally produce tumor suppressing substances.

Using Nano particles As A Modern Approach For Treatment

Uncontrolled cell proliferation is the hallmark of cancer. However, plant mediated nano particles exert anticancer effects among humans. The source of these nano-particles is from plant extracts. The leaves of many plants e.g. P. nigrum contains several essential bio-active compound which could aid in formation of nano particles in an eco-friendly manner. The insertion of these plant derived nano particles into humans will aid in arresting the over expression cellular growth i.e. cancerous cells. They would also be beneficial in controlling the free radical formation. These free radicals are onus for inducing cell proliferation hence disrupting the normal cell functioning. Hence usage of plant derived nano particles is a novel approach for cancer treatment.

Future Prospects Of Plant Based Treatments

Plant grown antibodies i.e. plantibodies will generate a stronger immune response as compared to those in animal cells. Sugars attached to antibodies of both plant and animals are different and hence this difference in sugars might prompt a more robust immune response in humans. Vaccines generated from plantibodies such as DoxoRx &RhinoRx can be employed to lessen the detrimental effects of cancer.

Nano particles derived from plant sources like leaves, stem etc exhibiting anti inflammatory and anti cancer effects serve as novel applications in medical field to for treatment and diagnosis of various types of cancers. Formation of recombinant proteins in plants like curcuma longa, potatoes etc. Being edible reduces the need of purification.

With the advent of plant biotechnology, plant based treatment of cancer will provided avenues for alleviating this fatal disease. The incorporation of modern biotechnological approaches such as nanotechnology, virus based vaccine production, production of monoclonal antibodies in plants have made major inroads in finding new routes for treatment of cancer. It has also provided scientific researchers with the tools to elucidate and reveal the potential of these methods.

The foreign proteins, in cells of transgenic plants,  such as cytokines, interferon, human protein C, chemokines and antibodies will serve as an attractive alternative to conventional systems for pharmaceutical polypeptides. The transgenic plants in providing edible vaccines will have a profound impact on human lives. Recombinant antibodies i.e. plantibodies could be transmitted to seeds and tubers and can be stored in such plant tissues. the advantage is future immunization programs in underprivileged countries. Hence these plantibodies can serve as a potential source in the near future for treatment of many diseases including the deadly cancer. Moreover apart from plantibodies, the emerging use of nano particles from plants is paving its way towards a better and a healthy future.