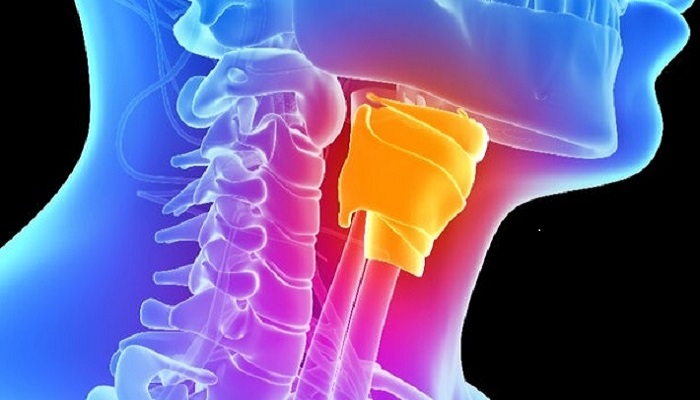 Voice is an astonishing gift and no doubt a blessing to express ourselves and the main source of communication. Unfortunately, some of us are deprived of this blessing and have vocal disability. A person may have this speaking disability either by birth or due to some surgery or injury. Researchers were trying to find ways to restore the speaking ability in those persons. And now the efforts bore fruit as they have successfully developed artificial lab-grown vocal cords at university of Wisconsin as the solution to vocal disability.

How do we speak?

Larynx is a part or respiratory system in which vocal cords or vocal folds are present at top of trachea. The expulsion of air from lungs and its passage through trachea and vocal cords generates sounds. The vibration creates sounds waves of various ranges. The intensity of vibration, the extent and other factors decide the pitch and audibility of sound.

Sound waves have particular frequency which decide their audibility as well as their pitch. The vagus nerve of central nervous system controls the activity of vocal cords. Furthermore, the lips and tongue also play their role to create a sound clearly understandable by another person.

The basis of vocal disability

The fundamental frequency of sound wave is varied in male and female. In male, the frequency is 125Hz and in females, it is 210Hz. Similarly, the children have 300Hz frequency. Normally, the vocal cords vibrate at rate of 100 -200 vibrations per second and it can be more for a more high-pitched sound. But in some people, the rate of vibration’s cycle is too low to produce sound leading to vocal disability.

Approximately, 20 million people in united states have temporary or permanent speaking disability. People suffering from an accident as well as radiation or chemotherapy against cancer have permanent disability. The defect can be by birth due to stiffness of vocal cords and this results in complete loss of voice for life.

With the hope treat the speaking disability in persons, the genetic engineers tried to revive or replace the damaged vocal cords with functional one.  It’s a natural phenomenon that cells grow in number in body to replace the old and dead cell. Cell culture technique involves isolation of cells from body and growing them in lab. The cells are provided with all required nutrients and physical factors to support their proliferation. Consequently, the cells grow in number and transferred to a 3D collagen scaffold to develop a functional muscle.

The team of researchers at Winson’s University engineered the vocal cord in lab using two type of cells as basis of tissue. These cell types were epithelial cells and connective fibroblasts. The source of cells were healthy voice boxes or vocal cord of four person. The doctors had to remove them during some surgeries. Providing all of the requires In lab conditions, these cells grew and transformed into a 3D matrix which resemble the natural vocal cords.

This experiment took two weeks before the trails on lab animals. Surprisingly, in cadaver dogs, these vocal cords show quite the same function and quality of voice as the natural ones. Secondly, the mice with genetically modified human immune system were also tested. The immune system did not reject these implanted lab-grown vocal cords. And there were no reactive signs of immune system for three months. A member of the team performing this experiment, Dr.Welham remarked:

‘‘I remember holding it in hand (the lab-grown vocal cords) and thinking how real this thing feels. It feels like jell O, yet stronger and is able to return to its shape in case of deformation.’’

why prepared in lab?

The direct transplantation of vocal cord is also another option. But developing vocal cords in labs have its own advantages. For instance, through this technique, vocal cords of varying size can be developed. This will depend on age and gender requirements. The size of vocal cord in males vary from 17-25 mm and is greater than females. In females, the size range is 12 -17.5mm. this is the reason of difference in sound pitch. The size of vocal track and the level of male secondary sex hormone testosterone also influence the sound quality.

Although the experiments provided successful results in initial trials, yet there are many issues for its availability and utilization at clinical level.  Robert Sataloff, the chairman of ear and nose department at Drexal University of Medicine in Philadelphia stated about this intriguing development that there is still long way to go before its implication. This is quit challenging to replace the non-functional vocal cords of a person in a way that they sustain their integrity and normal function. Yet this is a good start and the results are promising that these lab-based vocal cords will remediate the vocal disability.