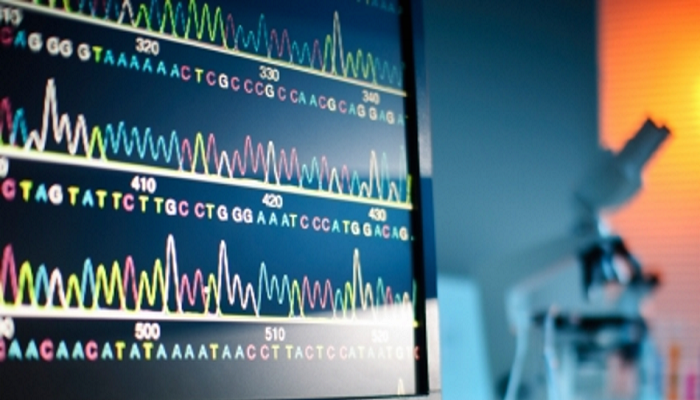 What is DNA sequencing?

”DNA sequencing is a technique of biotechnology to determine the genome sequence with precise nucleotide order within it.”

Determination of precise sequence and order of DNA bases: adenine, guanine, cytosine and thymine is performed. The purpose is to analyze and compare the genetic makeup of individuals. Moreover, it has significance in evolutionary studies and species origin. No doubt, DNA sequencing technique has revolutionized the field of biotechnological research.

In year 1869, Friedrich Miescher isolated deoxyribonucleic acid (DNA) from cells. However, its significance remained unclear. For decades, researchers and scientists considered proteins as heritable cellular entity and that the proteins control the cellular functioning. However, in 1944 a collaborative effort of three scientists, Oswald Avery, Colin Macleod, and Maclyn McCarty cleared the concept. They demonstrated that it’s the DNA of cell which controls the cell functioning and inherits to next generation as well.

Later in year 1953, James Watson and Francis Crick contributed their efforts and presented the double helical structure of DNA molecule.

On the other hand, Allan Maxam and Walter Gilbert also developed genome sequencing technique by chemical degradation method. They reported a 24 base pair sequence which they named as ‘wandering-spot analysis’. This was just a start. The advances in genetic engineering and recombinant DNA technology greatly improved the sequencing method and changed the directions of genome based researches.

Allan Maxam and Walter Gilbert published their sequencing technique in year 1977. The methods based on chemical modifications and subsequent degradation of gene sequence. This technique uses radio-labeling of bases and there is no need to clone purified gene fragment for sequencing.

The 5′ end of DNA molecule requires radioactive labeling. Then, chemical treatment cuts at one or two (G, A+G, C+T, C) out of four type of nucleotides in gene fragment. Chemical concentrations are controlled to make one break per DNA molecule. The chemical treatment generates a series of radio-labeled fragments.

In next step, theses fragments are separated by gel electrophoresis technique. Side by side placing of these fragments on acryl amide gel results in ‘separation’ of fragments based on their size and configuration. Exposing this gel to X-ray film for purpose of autoradiography makes visual pattern of fragments. The radio labeled fragments show as dark band on radiograph. Therefore, these dark bands identify the gene sequence. Fredrick Sanger developed this technique in year 1977. This method is comparatively easier and reliable. Moreover, it uses some chemicals rather in order to reduce the amount of radioactive labeling than the Maxam and Gilbert method. Due to these plus points, this method became popular for first generation genome sequencing.

From 80’s to year 2000, many improvements have been made in this method. These include fluorescent labeling, general automation and capillary electrophoresis. These modifications not only improved the efficiency of method but also lowered the overall cost. Genetic engineers massively used this technique for ‘human genome project’ which completed in year 2001. Chain termination method is applicable for short sequences of 100-1000 base pairs. Fragments larger than this range are subdivided and later re-assembled to give overall sequence. For this purpose, two principles are followed. First is primer walking/chromosome walking which progresses through length of entire strand. Second, the shotgun sequencing technique.

This method is useful for larger fragments of DNA. The name is analogous to rapid firing pattern of a shotgun. In this method, DNA degradation and cuts yield numerous small fragments. These fragments are used for chain termination method to obtain reads or patterns. Performing several rounds of fragmentation and sequencing results in multiple overlapping read of target DNA fragment. Computer programming then interprets the data of these reads to provide finale sequence of DNA fragments. No doubt, this technique was one of the initial or we can say precursor technique for genome sequencing.

Few of these genome sequencing techniques include:

These are the next generation sequencing techniques. These are much more advanced, automated and rapid than the previous techniques. Moreover,  these techniques have been improved, to enhance their, reliability and sequencing efficiency.

DNA sequencing is a vital tool for research in field of biotechnology and genetic engineering. This technique has revolutionized the world of research. Above mentioned applications is just a brief highlight of what sequencing can do for us. The future is no doubt going to be much better due to scientific developments and techniques like genome sequencing.