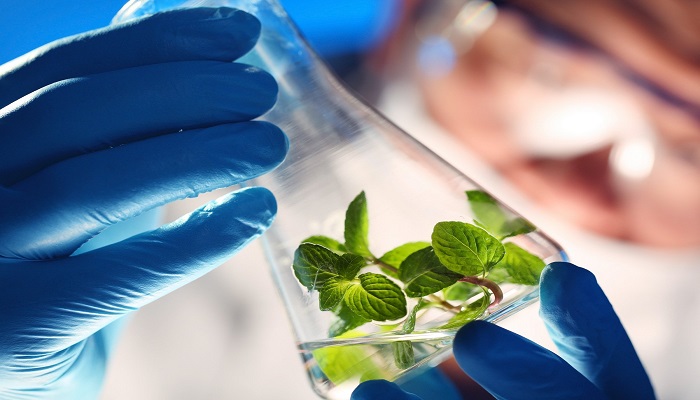 Cancer is one of the deadliest diseases killing a large number of people worldwide. Over the course of year, scientists have identified the molecular basis of cancer.Despite considerable efforts, cancer persists to be an aggressive killer worldwide. Hence a constant demand is required to develop new, efficacious and affordable methods to treat this disease.  Chemotherapy, albeit serve as a successful weapon to fight against cancer, yet it has certain limitations associated with it. These major obstacles in conventional cancer methods can be overcome by considering alternative methods which would ensure safety of mankind They, now aim at finding a therapeutic strategy to eliminate cancerous cells. One of the key areas of research is to manipulate the natural abilities of medicinal plants for cancer treatment. Nature always makes a great remedy. Many plants do posses the abilities to kill cancerous cells and also prevent cancer development.

Why medicinal plants for cancer treatment?

Several studies support the idea that fruits and vegetables do have some anticancer properties. Having these fruits and vegetables as part of balanced diet significantly reduces the risks of cancer development. This is because of the anticancer compounds that these plants manufacture as part of their basic metabolism. For instance, certain fruits consist of polyphenols and terpenes. Both of these compounds reduce the risks of cancer. Plants are also source of many antioxidants which prevent the oxidative damage to body cells. These anticancer compounds of plants reduce and kill cancerous cells by various mechanisms such as inhibiting tumor mediated protease activity, induction of cell cycle and attenuation of tumor angiogenesis.

Traditionally many plants and their spices are used in cooking. These have great health benefits. However, these natural abilities of plants in combination with novel approaches of genetic engineering can prove even better combination against various forms of cancer. Researchers are trying to improve  and manipulate these medicinal plants for cancer treatment.

Here in this article, we will cover the approaches of genetic engineering and plant biotechnology to manipulate the natural anticancer abilities of medicinal plants for cancer treatment.

Polyploidy is a term used for the plants having multiple number chromosomes in their genome rather than normal diploid chromosomal content. The plants cells are isolated and grown in lab. The cellular growth is held up at certain stages of cell division using some chemical or heat shock treatment. Removing the chemical or heat shock allows the cell cycle to proceed. This is how the chromosomal doubling of cellular genome occurs. Colchicine is chemical used for production of tertapoloid and polyploidy plants. These polyploid plants embryo can be grown into whole new plants with high gene number. This is how more genetic material will be expressed more and more gene product is produced in plant. Polyploidy is a natural phenomenon that helps plants in adaptation to the environment and for natural selection as well. Therefore, this technique of creating polyploidy plants can be used for to enhance the gene expression of those plants that naturally produce tumor suppressing substances. These types of medicinal plants for cancer treatment will no doubt change the direction of therapeutics and traditional chemotherapy.

Uncontrolled cell proliferation is the hallmark of cancer. However, plant mediated nano-particles have been found to exert anticancer effects among humans. These nano-particles could be possibly synthesized from leaf extract of medicinal plants for cancer treatment. The leaves of many plants e.g.  P. nigrum contains several essential bioactive compound which could aid in formation of nano particles in an eco-friendly manner. These plant derived nano-particles can then be inserted into humans where they would aid in arresting the over expression cellular growth i.e. cancerous cells. They would also be beneficial in controlling the free radical formation. These free radicals are onus for inducing cell proliferation hence disrupting the normal cell functioning. Hence usage of plant derived nano-particles is a novel approach for cancer treatment. What to expect in future for these plant based cancer therapeutics?

With the advent of plant biotechnology, plant based cancer treatment of cancer is one main area of research which provides avenues for alleviating this fatal disease. The incorporation of modern biotechnological approaches such as nanotechnology, virus based vaccine production, production of monoclonal antibodies in plants have made major inroads in finding new routes for treatment of cancer. It has also provided scientific researchers with the tools to elucidate and reveal the potential of these methods.

The generation of foreign proteins in plants like cytokines, interferons, human protein C, chemokines and antibodies will serve as an attractive alternative to conventional systems for pharmaceutical polypeptides. The transgenic plants in providing edible vaccines will have a profound impact on human lives. Recombinant antibodies i.e. plantibodies could be transmitted to seeds and tubers. Also these can be stored in such plant tissues which would be advantageous for future immunization programs in underprivileged countries. Hence these plantibodies can serve as a potential source in the near future for treatment of many diseases including the deadly cancer. Moreover apart from plantibodies, the emerging use of nanoparticles from plants is paving its way towards a better and a healthy future.

While chemotherapy remains a highly successful weapon to treat cancer, it is often associated with limitations and major side effects. Therefore, developing new treatment modalities is essential to precisely treat tumors and prevent progression of cancer to the metastatic stage. In order to overcome common major obstacles in conventional cancer therapeutics, scientists are searching for effective treatments within alternative medicine, complementary medicine, and supplements. is able to leverage therapeutic benefits by improving bioavailability and pharmacokinetics which in turn improves binding, internalization and targeting of tumor.