Techniques for structural elucidation of proteins 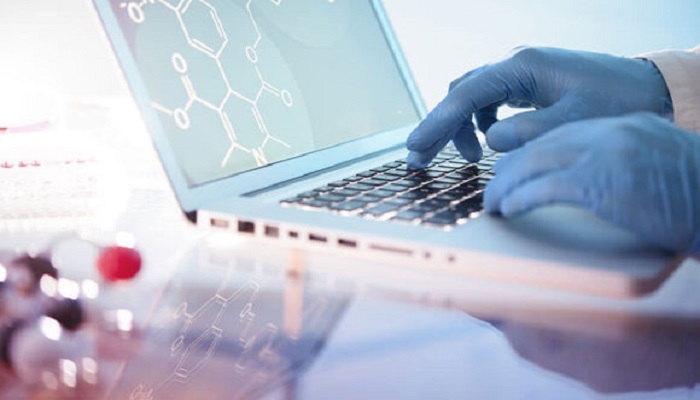 Proteins are nitrogenous organic compound that are polymers of large numbers of amino acid units joined together by peptide bonds. Proteins are essential part of living systems as they are involved in structure and function of cell.

All the proteins are composed of amino acid molecules joined together by peptide linkage. Proteins can have different structure depending upon the type of amino acids from which they are formed. Also, for the type of bonding among them. There are four main structures of proteins: Here are some methods used for structural elucidation of proteins: A detector detects these scatted x-rays of different wave lengths and intensities. The whole data is used by computer to estimate the most probable location of each component of the protein molecule and thus creates a 3D structure of protein on screen.

In this technique, reaction of phenyl isothiocyanate with the N-terminal amino acid of protein molecule under alkaline conditions. The reaction results in phenythiocarbamoyl product. Then under at acidic pH, this terminal aminao acid is cleaved to yield a thiozolinone product that is later extracted and then the technique of  electrophoresis or chromatography is performed to identify that amino acid. The process is repeated several times to detect the other aminao acids of protin molecule.

Based upon the magnetic properties of atomic nuclei of certain biomolecules, this technique is useful to detect the 3D structure of proteins but limited to proteins of 35kDa .Nuclear overhauser effect is principle of this technique in which the spinning ability of components of molecule (amino acids in case of proteins) is used to calculate the distances among them. The complete data is used to create a 3D structure of protein on the computer screen and it can also detect the domains and the structural flexibility of the protein molecule.

This technique is based upon the principle of ionization of the biomolecules and them the arrangement of these molecules on bases of their mass to charge ratio. In case of portions analysis, the proteins are firstly digested by protease enzymes and then the mass spectrometer estimates the probable structure of protein by passing a beam of electrons through it.

Tandem mass spectrometry is an advanced technique of structural elucidation of proteins. The technique is based upon fragmentation method for structural identification. Fragmentation of protein molecule is induced by slow heating mechanism like collision induced energy transfer. Then the fragments are labeled by the laser beam. Those having a N-terminal are labeled as a,b,c,d etc. while others of C-terminal are labeled as x,y,z etc. the complete data is then used by the computer to draw a 3D structure if protein molecule.

Passing a beam of electron from the protein molecule can be used for detection of its structure. This technique is similar to the x-ray diffraction technique that is also used for elucidation of protein structure. However, the difference is that the incident rays are beam of electron on the protein molecule and also the x-ray diffraction technique provides insight up to atomic level of molecule. The scatted rays are detected and the data is used to create a 3D structure of protein of larger molecular weight.

Tomography is technique to identify cross-linking of amino acid within a protein molecule. For the purpose both x-rays and ultrasound waves can be used.  So the protein structure is identified.

2. Homology sequencing of peptides is the approach to estimate the possible structure of the protein based upon the type of amino acid present in its polypeptide chains and comparing the structures of various closely related proteins.

Proteins are one of the fundamental biomolecules in living organism. The various techniques for structural and functional elucidation of protein molecules are helpful in research areas. Moreover, the proteomics is the advance knowledge of generating protein database for the purpose of research and analysis.