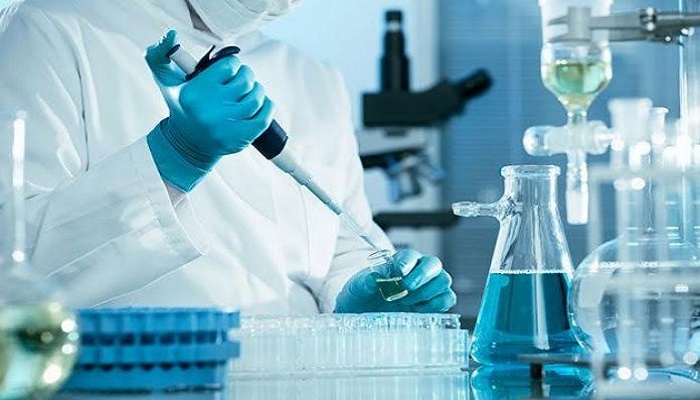 Radioimmunoassay is an assay technique for detection and estimation of immune molecule complexes, antibodies, hormones and related substances from a given sample. This is sensitive and specific in vitro technique for research work laboratories. Because of the fact that this technique involves using radioactive isotopes, one needs great expertise to use this technique. Another example of radioimmunoassay is radioallergosorbent (RAST). This technique is specific for detection and estimation of allergens in blood.

Rosalyn Sussman Yalow and colleagues developed this technique at Veteran Administration Hospital, Bronx, New York. Dr. Yalow was awarded with noble prize in medicine in year 1977 for this technique.

This technique is based on the principle that radioactive labeled antigen molecules bind to particular antibodies due to their high affinity for each other. The level of radioactivity of supernatant provides assay of specific antibodies.

Radioimmunoassay (RIA) is an in-vitro technique of measuring or assaying an antigen in given solution with very high sensitivity for that antigen. In fact, almost all the biological substances, enzymes and proteins can be measured with this detection assay or technique.

As the reaction proceeds, both the labeled and unlabeled antigens bind to antibodies molecules. Because of this competition, some of these will remain unbound and will be present in free form in solution. The amount of both types of antigens is estimated. A curve is plotted of the ratio of both antigens. In next step, the bound antigens are separated from the unbound. The radioactivity of free antigens is measured from the supernatant. This radioactivity is used for assaying the detection and amount of desired protein or antibody molecules.

While performing this technique, some requirements are:

In order to create a radio-labeled antigen, certain radioactive isotopes are used. For instance, C14, H3 and I-125 antigens. The radiolabel 125-I is frequently used for radioimmunoassay.  This highly specific and efficient radio-labeled antigen is prepared by iodination of pure antigen. The radioactive isotope usually binds at tyrosine residue. Either Chloramines-T or peroxidase method is used for making this labeling possible. Later on, high performance liquid chromatography (HCL) separates the labeled antigens

Separation of bound and unbound antigens

Certain separation technique is used to separate the radio-labeled antigens to be used in radioimmunoassay later. These techniques are:

Amongst these, double antibody technique in combination with polyethylene is most frequently used. The gamma counter counts and measures the bound antigen. The final step is plotting a standard curve or calibration graph to calculate the amount of unknown (antibody or protein product) entity.

Disequilibrium technique improves the sensitivity of these radio-labeled antigens. This technique applies a short incubation period for antigen and antibody molecules. While the radioactivity is applied later. Radioimmunoassay is relatively older technique, yet still in use for many laboratory procedures as detection and assay technique.

This technique has wide applications such as: